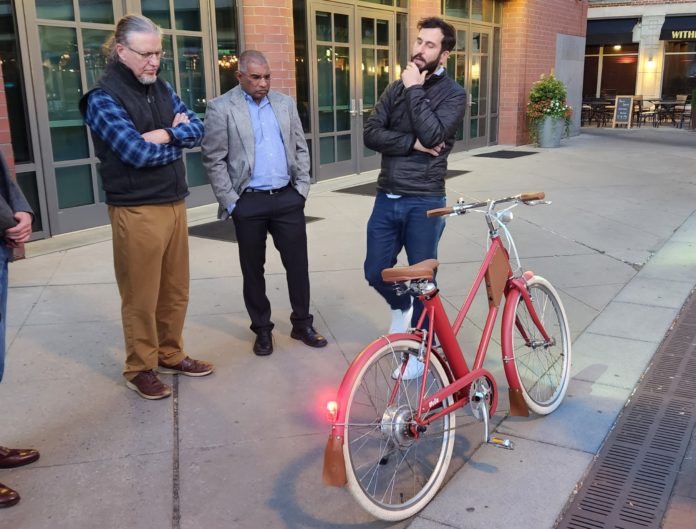 If COVID-19 gave us a momentary break from worrying about urban and road congestion, pollution levels or transportation-related climate emissions, that’s over: Travel on our overwhelmed roads has rebounded to pre-COVID levels. Mobility issues are troublesome in many places, but they’re worst where population is densest — i.e., here in New Jersey. It’s tough to be competitive if humans and stuff can’t move without friction and frustration.

Experience shows that the best regional transportation systems aren’t “one size fits all.” Fortunately, there’s an entrepreneurial renaissance in new transportation solutions that can offload many trips from conventional vehicles, reduce strain on local roads and even improve public health. E-bikes are at the heart of this transformation.

E-bikes provide varying levels of electric battery-assist to their users — helping them go farther, manage hills and stay on bikes later into their lives. Through much of the year, in much of New Jersey, for many trips, they’re an increasingly attractive alternative to hauling around a ton or two of metal and plastic.

How many trips might be substituted by e-bikes? Estimates vary, but federal research reports that the average U.S. household generates some 9.5 trips daily. Half are three miles or less, and half of those short trips are made by car, truck or SUV. Here in the state, 75% of us live less than five miles from a transit station, so e-bikes could also substitute for plenty of the “station car” rides our mass transit commuters use. Nascent cargo e-bike options will make it increasingly possible to ferry kids to school, or do your weekly grocery run. Bottom line: The potential to substitute zero-emission e-bikes for traditional vehicles is large, and it’s growing.

People are figuring this out: Grand View Research estimates about 23% annual growth in this space between 2022-2030.

Speaking personally, I recently had a great conversation with Vela Bikes‘ co-founder and CEO, Justin Kosmides, who runs his company out of Newlab at the Brooklyn Navy Yard, and recently relocated manufacturing from China to Detroit. I came away with a powerful realization of just how much excitement and innovation is percolating through America’s e-bike industry.

The elephant in the room is safety. Forward-looking New Jersey communities are working on making their local roads more welcoming to e-bike users, traditional cyclists and pedestrians — and they’re getting help to do it. Just this week, Gov. Phil Murphy announced $24 million in state grants to promote safe and affordable biking and walking in 56 towns and cities across the state.

These resources, combined with technological innovation and changing attitudes, are making this a moment of enormous opportunity for building a better transportation system and a more pleasurable environment for all of us.

I’m eager for our localities and the state to build on and accelerate this progress. If your local government hasn’t yet bought into the Complete Streets paradigm for going beyond “car-only” transportation, I encourage them to do so. We might even consider experimenting with robust incentives similar to the enormously successful Denver program that recently welcomed nearly 5,000 more residents to e-biking, including many low-to-moderate income households who couldn’t have otherwise afforded it.

The point isn’t just to grow e-biking. It’s to get the most practical value out of our transportation infrastructure, move towards a low-carbon future that’s also affordable, and limit emissions that are hurting New Jerseyans right now. If there ever was a win-win, this is it.

James Barrood is CEO of Innovation+ and an adviser to Tech Council Ventures/JumpStart Angels.