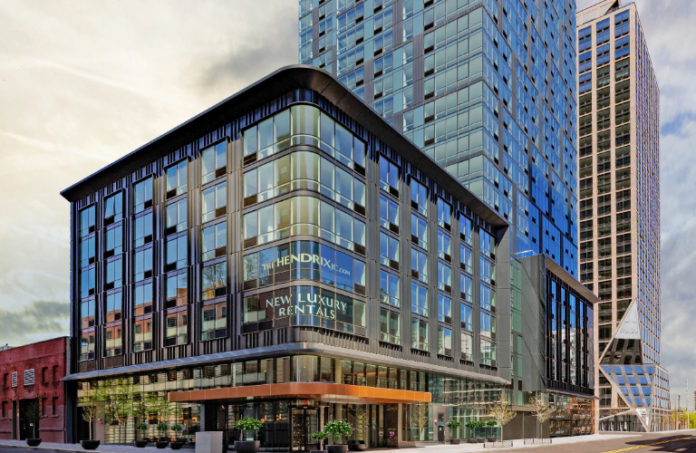 Marchetto Higgins Stieve Architects, one of the state’s premier architectural firms, specializing in mixed-use developments for more than 40 years, has no plans to change the way it does business. It will just do it under a new name.

The firm, building on its substantial accomplishments with an eye to the future, will now do business as MHS Architecture.

Established in 1981, the firm has grown to more than 40 architects, amassing an award-winning portfolio along the way that reflects its expertise in planning, urban design and strategic consulting.

While the firm has long been deeply rooted in transit-oriented projects, smart growth developments and town centers for such high-profile clients as Russo Development, Hartz Mountain Industries, Mill Creek, Toll Bros. City Living and KRE Group, MHS has also been at the forefront of a new crop of high-rise buildings that are elevating New Jersey’s skylines to new heights.

“Initially, it was a natural progression for our firm to get more involved with high-rise buildings, which were being developed by clients that had worked with us for years,” Marchetto said.  “What’s changed recently is the influx of developers from New York City and other markets who are acquiring sites here and relying on our local knowledge in addition to our expanding capabilities and expertise to get their projects designed, approved and built while staying true to their economic interests.”

“These skilled and passionate professionals have all contributed to the growth and success of the company, and we’re excited to recognize and support the amazing talent that will drive our firm’s advancement, boost the integration of emerging technologies into our design process, and expand our body of work to include larger and more complex projects,” MHS Architecture Managing Principal Michael Higgins said.

Recent MHS Architecture projects include China Construction of America’s 37-story Park Shore, Liberty Harbor Development’s 33-story 88 Regent and the Hendrix, a 41-story tower developed by the Albanese Organization, Silverman and Liberty Harbor Development that opened earlier this year to a buzz of attention in the city’s Powerhouse Arts District.

New MHS Architecture assignments poised to further support the context and culture of Jersey City’s neighborhoods include a 57-story tower for Tishman Speyer at 50-55 Hudson St., a 27-story building for Spitzer Enterprises at 425 Summit Ave., a 28-story tower for Hope Street Capital at 80 Journal Square and four high rises soaring 30, 40, 55 and 60 stories for Bushburg Properties at 440 Culver Ave.

In Newark, which is undergoing its own development growth spurt and recently had a master plan approved that will guide development for the next decade, an MHS-designed, 25-story tower is rising at 930 McCarter Highway in the heart of the downtown area near the New Jersey Performing Arts Center.

Marchetto and the firm’s executive leadership team point out that, while MHS Architecture will continue to be a driver in the region’s growing skyline, it will also remain active in its work on designing walkable, downtown-living environments and building a sense of belonging and community throughout the state.