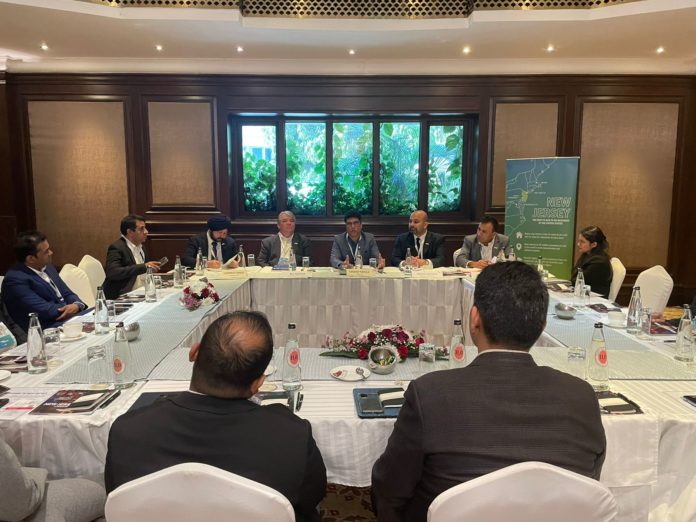 The second Choose New Jersey economic mission trip to India was not about making splashy announcements — the eight-day, four-city tour was about laying the ground for future announcements, CEO Wes Mathews said.

The trip, which took place Dec. 10-17, was a follow-up to a trip led by Gov. Phil Murphy in 2019, and was led by a nine-member delegation from Choose New Jersey, New Jersey India Center, New Jersey Economic Development Authority and global technology consultancy CGI.

Mathews said they were able to do just that.

“There is no state in the United States that has stronger people-to-people, economic, academic and commercial ties to India than New Jersey,” he said. “Our second mission trip to India was very successful and highly productive. I am eager to further advance collaboration and industry connections between New Jersey and India.”

Choose New Jersey met with numerous Indian companies during its recent economic mission to the country to explore their future expansion plans, including TCS, Wipro, Mphasis, Biocon, ACG and ITC — all of which already have a footprint in New Jersey.

The delegation also met with Enzene Biosciences Ltd. and Meteoric Biopharmaceuticals, both of whom have finalized their plans to open locations in the Garden State.

The delegation met with 28 Indian companies across diverse sectors such as banking and finance, information technology, pharmaceuticals, food products and biotechnology. The delegation also had the opportunity to interact with U.S. diplomatic missions in New Delhi and Mumbai, as well as share what makes New Jersey an ideal investment destination with six Indian industry organizations (AIFPA, NASSCOM, ESC, ABLE, CII and MACCIA) and the Indo-American Chamber of Commerce.

The existing Sister State Agreement between New Jersey and the state of Gujarat also was revisited to deepen the existing cultural, academic and economic connections between the two states. Through discussions with Yash Raj Films in Mumbai and GIFT-City in Gandhinagar, the delegation was able to pitch New Jersey’s strengths in media and film and higher education.

CGI’s Bengaluru office hosted the team, along with government officials and business leaders, to discuss the growth of the technology sector in the state, and the breadth of CGI’s operation.

Mike Reagan, senior vice president of CGI and a member of the board of directors at Choose New Jersey, said the ability to host the delegation at CGI’s Bengaluru office and to participate in important discussions with key government officials and business leaders will have impact.

“These connections will lead to valuable relationships for CGI, which will enhance and grow the technology sector in New Jersey,” he said. “As New Jersey grows, so does CGI.”

“It was a privilege to meet with Indian businesses and state governments across the country and make the case for New Jersey as a top investment choice,” he said. “I am confident this second trip will deliver even more results in the months to come and further strengthen the bilateral relationship between our two governments.”

“The connections between India and New Jersey run very deep, and we are pleased to continue to foster the collaboration between our country and the state of New Jersey,” he said.