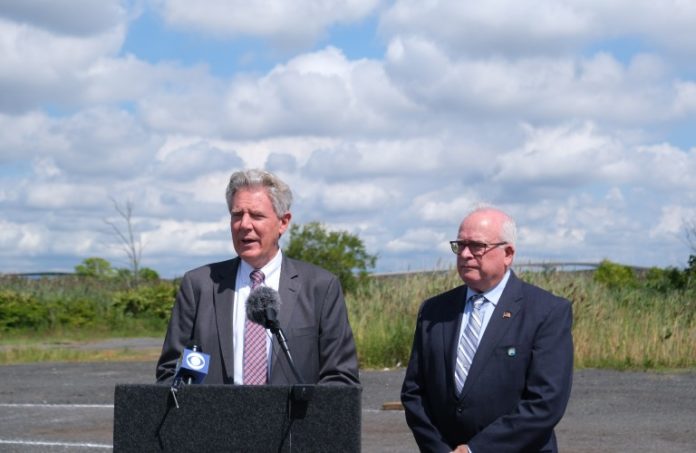 The Democrats losing control of the House of Representatives in November meant the party no longer will control the chair of its committees — an always-powerful perk. But how that plays out in the 118th Congress remains to be seen — as the Republicans’ margin of control is so slim.

That’s why it still is important that New Jersey’s U.S. Rep. Frank Pallone (D- 6th Dist.) was named by the Democratic Caucus as the ranking member of the powerful and influential House Energy and Commerce Committee.

The Energy and Commerce Committee is the oldest continuous standing committee in the  House of Representatives. It was established in 1795 to regulate interstate and foreign commerce.

In simplest terms, having Pallone as a key figure should be good for the state’s energy interests.

“I am honored to be elected ranking member of the Energy and Commerce Committee,” Pallone said. “Over the last two years, we accomplished a tremendous amount for the American people, and I am grateful to my Democratic colleagues for once again entrusting me to lead this committee in the upcoming Congress.

“I look forward to continuing to work closely with all my colleagues to build on our efforts to lower costs for American families, bolster our economy, combat the climate crisis and protect consumers. I am also committed to ensuring that the legislative achievements of the past two years are being implemented by the administration as we intended and will aggressively oppose any Republican efforts to undermine them in any way.”

For Lozano, Newark office is where Choose New Jersey is meant...