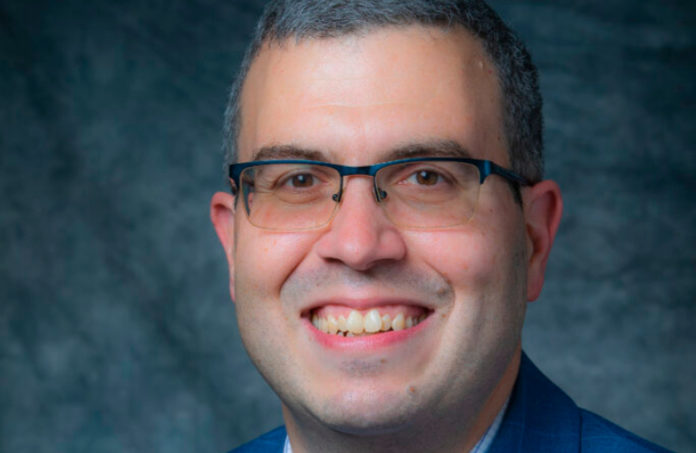 Michael Avaltroni was named interim president of Fairleigh Dickinson University, beginning Jan. 1, 2023 — the latest in a long line of roles at the school for the 1999 graduate.

Avaltroni, who received a B.S. in chemistry (before earning a master’s and Ph.D. in chemistry from Princeton University) has worked at FDU since 2003.

Avaltroni has worked in several roles, including as a faculty member and chair of the Department of Chemistry and Pharmaceutical Sciences. He also was instrumental in the process of creating the School of Pharmacy and Health Sciences. In 2009, he began building the school’s curriculum, experiential learning and programmatic infrastructure as associate dean for academic affairs. He took over as interim dean in 2012 and was appointed permanently to the position of dean in 2013.

Since creating the blueprint for the school in 2009, he moved the program through full accreditation status with the Accreditation Council for Pharmacy Education and led efforts to expand health science offerings across the university through programs in public health, physician assistant studies, occupational therapy, physical therapy and social work.

Avaltroni was named provost and senior vice president for academic affairs in January 2022. As provost, he led the academic affairs subcommittee of the Diversity, Equity, Inclusion and Accessibility Advisory Council; laid the groundwork for new community college partnerships; presided over the development of the Hispanic Center (which this year had two of its programs nationally recognized by Excelencia in Education); and coordinated the formation of a new academic leadership team.

“We are very excited about the opportunities ahead and we look forward to supporting Dr. Avaltroni and the entire community as the university begins a new era,” he said.