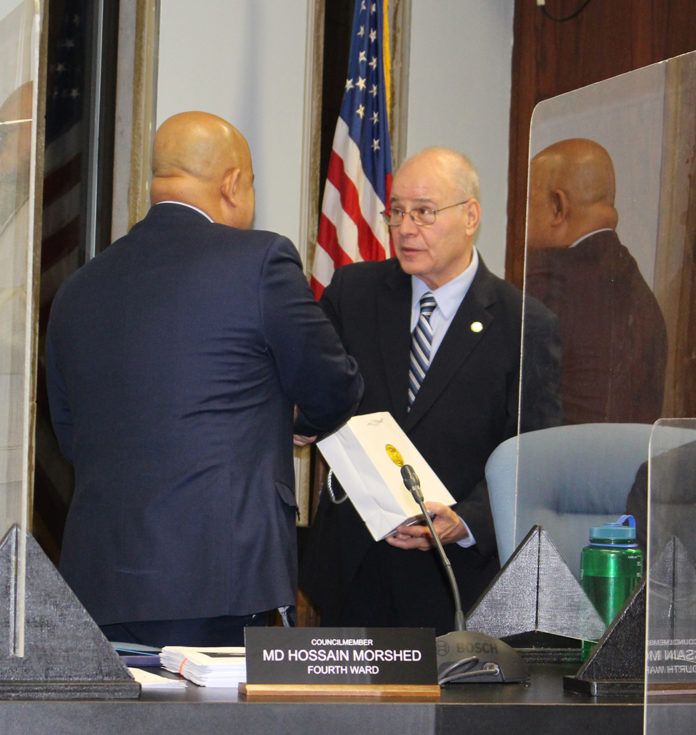 Atlantic City on Thursday said its council unanimously approved an ordinance designating a portion of Albany Avenue as Dr. Harvey Kesselman Way. The block, located along the Stockton University Residential Complex, will officially be renamed at a ceremony in 2023.

Kesselman will be retiring as president of the school at the end of the next fiscal year, June 30, 2023. And, while having a street designated in his name is deserved, his legacy extends far beyond the roads near the campus.

A lifelong figure at the school, Kesselman’s career that parallels the institution’s growth, from a small college in the Pinelands National Reserve to a top-notch university that is a force in South Jersey with locations in Galloway, Atlantic City, Hammonton, Manahawkin and Woodbine.

He was a member of the first class at then-Stockton State College in 1971 — and continued on to become a faculty member before holding several mid- and senior-level administrative positions, including provost and executive vice president. He began serving as acting president in April 2015 before being named president in December 2015.

“I’m honored and humbled by this,” Kesselman said. “It’s not only very meaningful to me and my family, but also the university that I’ve spent my entire adult life at. We are very thrilled to be in Atlantic City, and we will continue to expand in Atlantic City.”

The ordinance is in recognition of Kesselman’s service to Stockton University and Atlantic City. It commends the Stockton president’s commitment to the public-private partnership to build the Atlantic City campus, which opened in 2018.

In 2023, a second Atlantic City residential building will join the John F. Scarpa Academic Center and the existing residential complex in the University District.

“Dr. Kesselman’s visionary prowess and collaborative nature has positioned Stockton University’s Atlantic City Campus to be an extraordinary anchor institution and a major economic driver for the region and the educational capital of southern New Jersey,” the ordinance reads.

“This is the perfect way to honor a man who has been a mentor and close friend of mine for a long time,” Atlantic City Mayor Marty Small Sr. said. “Dr. Kesselman has done so much for the city of Atlantic City, and I’m glad to see him getting the recognition he deserves. Between this, and the ongoing development at Stockton, this is an exciting time for the university, and I’m glad it’s all happening under my administration.”

Montclair names Hollister dean of the Feliciano School of Business