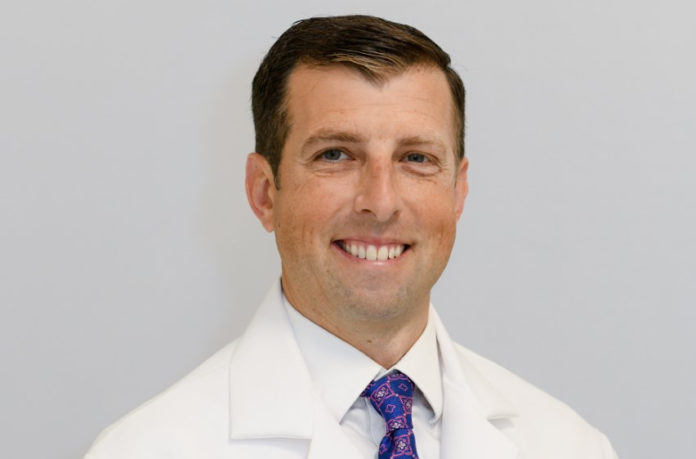 Let’s start by rattling off all of the things that Dr. Matthew Saybolt, a cardiologist and the medical director of the Structural Heart Disease Program at Hackensack Meridian Jersey Shore University Medical Center readily admits he doesn’t know about Damar Hamlin, the player on the NFL’s Buffalo Bills who needed to be resuscitated on the field Monday night in a scary scene that still is engrained in the public consciousness days later.

But here’s one thing Saybolt said he does know: If the event leads to more people getting screened for heart issues — whether it be through an EKG or a more extensive echocardiogram — more people will be spared potentially life-changing or life-ending episodes.

Put another way: When it comes to the heart, Saybolt said, we don’t know what we don’t know, so it’s prudent to try to find out everything you can.

“The question is whether or not all athletes should have a baseline level of screening before they participate in recreational or professional sporting events,” he asked, and then answered. “That can include a physical exam, an EKG, which is a baseline check of your heart’s electrical system, or even an echocardiogram, which is a heart ultrasound, which would catch any disorders of the muscle or arteries that wouldn’t be known if you weren’t having symptoms.

“Some of the conditions that could predispose someone to abruptly dying or passing out on the playing field can be detected with screening.”

Currently, such heart screenings are not part of the physical examination required for high school athletes in New Jersey or any other state.

And, to be clear, Saybolt is not suggesting they should be.

Without discussing the potential cost, the time it would take to do the testing — he estimates 5 minutes for an EKG but up to an hour for an echocardiogram — makes it an ask that seemingly would bring every scholastic athletic program to a halt.

“It’s a big leap from nothing to a mandate,” he said.

There is another option.

“Creating a system where you give athletes, those who compete professionally and recreationally, the option to screen more easily would have a great benefit,” he said. “While we might not catch everything, we would catch more.”

Such screenings also would catch false positives, Saybolt readily admits. Potentially even more false positives than actual cases of concern — diagnoses that he acknowledges would (temporarily) sideline athletes who do not have an actual issue while raising their anxiety level in the process.

Because of the potential life-saving result, Saybolt said the chances for a false positive do not diminish his desire to have more screenings.

“I think that you can decipher out the false positives with additional testing,” he said. “And it’s worth saving those few people if a few others are potentially inconvenienced until you prove that what they have is nothing.”

Saybolt said the incident shows the value of planning for all possible outcomes.

Like others, he said the on-field actions of medical personnel show the importance of having an emergency action plan. On Monday night, the plan was put into practice literally seconds after Hamlin went into cardiac arrest, potentially increasing the player’s chances of recovery.

As the country waits for an update on Hamlin’s condition — at this writing, 10 a.m. Thursday, little about his condition has been made public — Saybolt said he hopes the incident draws attention to all of the heart issues that an athlete can face in competition, too.

“When doctors see an athlete lose consciousness on the sporting field, we quickly make a list of all the reasons that could have happened,” he said. “The No. 1 diagnosis would be an arrhythmia, which is an electrical disturbance of the heart where the heartbeat can get dangerously fast or dangerously slow and cause the heart to stop pumping, causing the person to pass out abruptly.

“There also are problems with the heart muscle. If there’s an undiagnosed weak heart, or enlarged heart, that can lead to abrupt passing out.”

Saybolt admits advanced screenings would not prevent all of these possibilities. And, in some cases, they would not be of any help. But they could in other instances. That’s why he’ll continue to push for more screenings.

“Prevention is everything,” he said. “And, if the silver lining of this is that more healthy people — even nonathletes, just people in general — go to see doctors for screening and figure out what potential risk is in their life that they don’t know about, then there’s been some positive out of this tragic situation.”