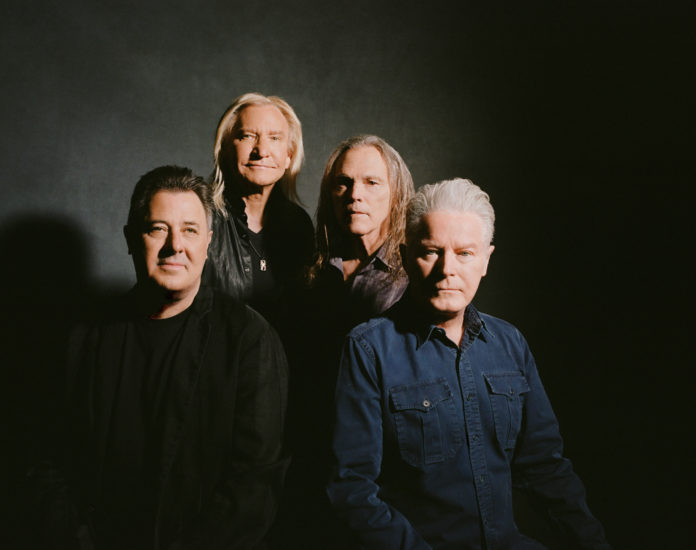 Imagine hearing the Eagles’ classic album, “Hotel California,” in its entirety — and with the band accompanied by an orchestra and choir.

The Prudential Center announced Thursday morning that the Hotel California tour is coming to the arena April 7. Tickets will go on sale at 10 a.m. Jan. 13 through Ticketmaster.

The band will be performing at the arena for the fifth time. On this tour, Don Henley, Joe Walsh and Timothy B. Schmit will be joined by Vince Gill.

After the unique performance of “Hotel California,” the band will take a short break and then return to play a full set of its many hits. In addition to the title track, “Hotel California” includes “New Kid in Town,” “Life in the Fast Lane” and “Victim of Love.”

Landing the tour is another plus for the Pru Center (which last year was ranked No. 5 globally for concerts). Thus far, Prudential Center is the only area site for 2023 tour dates.

The Hotel California tour, which opened in 2019 in Las Vegas, has had 77 sellouts (including five at Madison Square Garden back in 2021).

A look at the songs on the album, by side (remember that concept?):