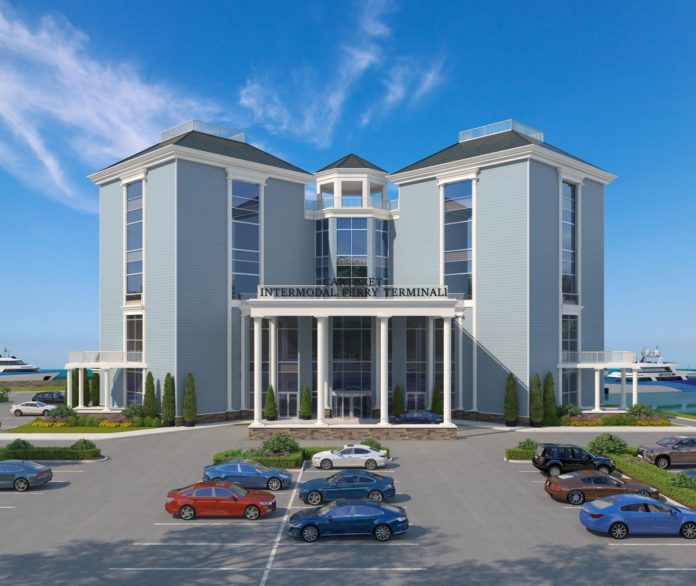 Carteret Mayor Daniel Reiman recently announced that the borough will receive $7 million in federal funds for its Intermodal Transportation Building, which will serve the to-be-constructed ferry terminal on the waterfront, and for a new $2.5 million Office of Emergency Management building at 315 Pershing Ave.

“We are thrilled and extremely grateful to our Congressman Frank Pallone and Sens. Menendez and Booker for the support for these Carteret projects,” Reiman said. “Currently in its final design phase, the Carteret Intermodal Transportation Building will be another spectacular project on a constantly evolving waterfront. The Transportation Building will have a ticket office, restrooms, restaurants, bars, retail shops, office space, a lounge and a banquet center. The project will be among many that will help to transform our once entirely industrial waterfront into a destination.

“The plan for the OEM Building is to retrofit and modernize the old volunteer first aid building, which the borough acquired several years back,” Reiman continued. “Currently, OEM is housed on Roosevelt Avenue in an old 1900s-era firehouse that is beyond repair. Once completed, all OEM operations and our 911 backup will be housed on Upper Pershing Avenue in the modernized OEM building.”

Pallone said he was glad he was able to deliver critical funding to help the Carteret Intermodal Transportation Building move closer to completion.

The project is one of 15 within the 6th Congressional District for which the congressman secured funding as part of the $1.7 trillion Fiscal Year 2023 government funding bill.

“Mayor Reiman and municipal officials are working hard to make the Carteret ferry a reality, and I want to thank them for continuing to make the borough a wonderful place to live and work,” Pallone said. “Once completed, the ferry will allow New Jersey residents and tourists to easily travel between New Jersey and downtown Manhattan. This funding will deliver efficient and reliable transportation options to residents in central New Jersey and will help reduce vehicle congestion. I look forward to seeing President (Joe) Biden sign the underlying legislation into law.”

Carteret recently took major steps forward in constructing its long-planned ferry terminal with the completion of Phase 1 and the beginning of Phase 2 for the game-changing state-of-the-art transportation project.

Phase 1 included the installation last month of approximately 130 linear feet of steel sheet pile bulkhead along the Arthur Kill waterfront that will be home to the future ferry terminal landing.

Phase 2 began in December with dredging the waterside of the bulkhead to achieve sufficient depths for the ferry slips and docking area. At a cost of approximately $2.5 million, this work includes 19,500 cubic feet of dredging and is overseen by the state Department of Transportation Office of Maritime Resources. The borough received full funding for these phases of the project last year from the New Jersey DOT Transportation Capital Trust Fund.