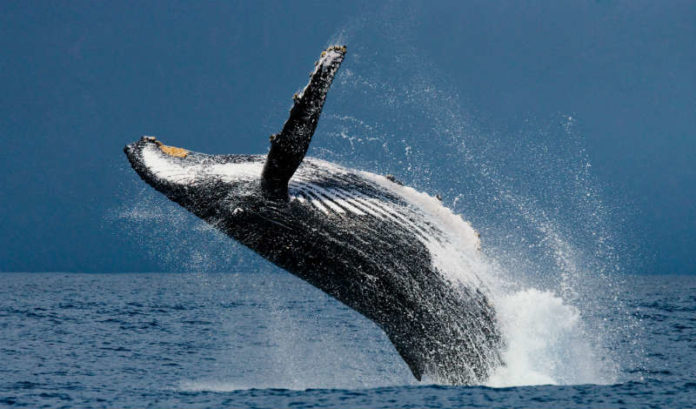 At a time when the unexplained deaths of six whales on the New Jersey/New York coastline has a few environmental groups saying more must be done to examine the impact of offshore wind projects on marine life, a group of 13 environmental organizations in the state reiterated their support for the sector.

To them, halting the progress of the industry would do great harm to efforts to combat climate change.

The group, which includes the New Jersey Environmental Lobby, the New Jersey League of Conservation Voters, the Pinelands Preservation Alliance and the New Jersey chapter of the Sierra Club, represent more than 308,000 members. It said they stand united in support for responsibly developed offshore wind to help the state achieve 100% clean energy.

“Climate change is the greatest existing threat to wildlife, resulting in 1 million animal and plant species that are currently threatened with extinction due to a rapidly changing environment, according to a United Nations report,” the group said Monday. “New Jersey has the fastest rate of sea level rise on the East Coast and our state is second in the nation for most homes at risk both in 2045 and by the end of the century, according to the Union of Concerned Scientists.

“The climate crisis demands that we quickly develop renewable energy, and offshore wind is critically important for New Jersey to reach the state’s economic development and environmental justice goals.”

The statement comes in response to those of other environmental groups, including Protect Our Coast N.J., which said Monday that they will send a letter to President Joe Biden demanding that offshore wind development be paused until a proper assessment of possible harm done to marine life is completed.

The group of 13 said any delays would be costly to the environment.

“Efforts to delay the development of the initial offshore wind projects, those calling for pilot projects or to ‘just move the turbines further offshore’ are irresponsible and will only jeopardize the state’s ability to reach its climate and clean energy goals,” they said. “This long process is being done by the book; there have been and will continue to be plenty of opportunities for public input.”

The group said offshore wind projects can be responsibly developed — and that they should include the following:

“The federal Bureau of Ocean Energy Management has received extensive comments from the commercial fishing industry, Indigenous communities, partnering agencies and the general public,” they said.

“BOEM responded to the concerns of this diverse group of stakeholders by reducing the size of the lease area to avoid conflicts with ocean users and minimize environmental impacts. It’s important to note that the environmental community in New Jersey remains united: We support responsibly developed offshore wind to drive workforce development and economic prosperity, public health improvement, environmental justice, shoreline protection, and marine and wildlife preservation.

The coalition by organization name, and signee: