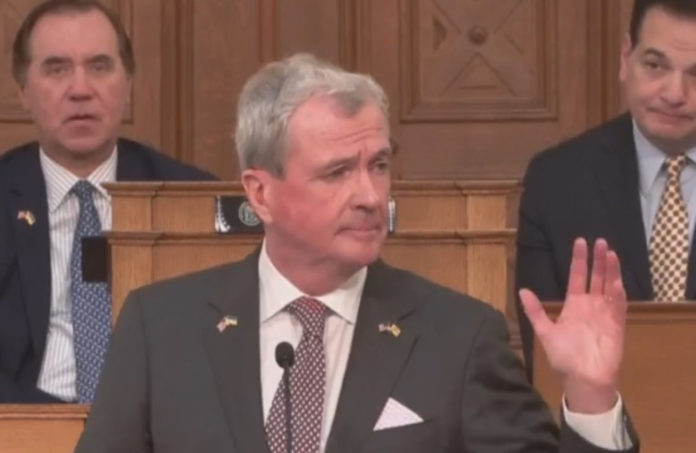 It’s the State of the State address — an annual event where Gov. Phil Murphy gets to lay claim to accomplishments and present big-picture goals for the future.

The quick-take reactions that came pouring in minutes after the 56-minute speech ended showed many do not stand in agreement with Murphy (to be fair, that will be the case for any governor of any state).

Murphy did offer a few new proposals of heightened interest to the business community, however.

The biggest was a request to change the state’s liquor license laws. Murphy called them antiquated (which everyone agrees with) — and then offered the starting point of a proposal that will make them more affordable to new establishments while protecting the sometimes multimillion-dollar investment of those currently holding one.

In a nutshell, Murphy suggested slowly lowering the cap on licenses (it’s currently at 1 per 3,000 residents in a municipality) until it is eliminated completely. He suggested offering targeted tax credits for those who currently hold licenses.

By his estimation, changing the laws not only will make beer and wine (and hard liquor) available at far more restaurants, it also will generate up to $10 billion in new economic activity over 10 years and create upward of 10,000 jobs annually.

Murphy also suggested removing outdated licensing and operating restrictions on breweries and distilleries to enable the continued renaissance of these businesses.

(We’ll have more on this story Wednesday; the governor has said he will have more during his budget address in March.)

Murphy also proposed changing the way jobs are counted in accordance with incentive awards. Historically, incentives have been tied to jobs located in brick-and-mortar locations (for a number of economic development reasons). Murphy, saying the way we work has forever changed after COVID-19, said this provision should be eliminated in favor of any job that is held anywhere in the state.

Murphy also said the state needs to better support Shore towns and coastal cities through the creation of a Boardwalk Fund that would enable critical upgrades to the boardwalks that define these communities and support their local economies — saying the boardwalk is the equivalent of Main Street in many Shore towns.

The thrust of the speech, Murphy’s first in-person State of the State since 2020, was about what Murphy called the “Next New Jersey.”

The governor spent the first 10 minutes of the speech detailing how the state’s progressive policies and ideals — everything from our top-rated schools to support for racial and social justice, women’s health care, behavioral health and clean energy — have helped make New Jersey the “state of opportunity.”

It also led to his best comment — “It’s cool to be from New Jersey again” — and his most impassioned thoughts.

In what some would say was the makings of a stump speech for higher office, Murphy — in a raised voice — noted:

“Through our burgeoning Jersey pride and through our continued hard work, we know our shared future is bright,” he said. “It is bright because we are building the next New Jersey.

“Everything we do is guided by our belief that tomorrow can be better than today for the state that we all love. As Nelson Mandela says, and I quote him, ‘May your choices reflect your hopes, not your fears.’ He went on: ‘It always seems impossible, until it’s done.’ Focusing on hope is not simply an act of optimism. It is an unshakable belief in this state and in everyone who calls New Jersey home.

“Some governors boast of their status as where ‘woke’ goes to die. I’m not even sure I know what that means, but I can tell you very confidently: New Jersey is where opportunity lives, where education is valued, where justice is embraced, where compassion is the norm and where the American Dream is alive and well.”