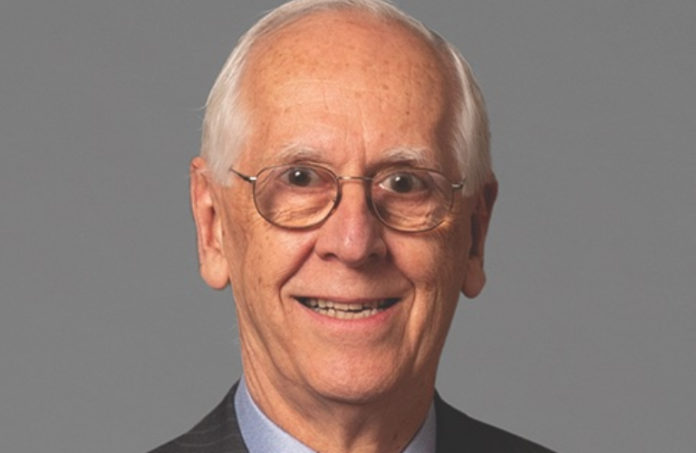 With research showing dentistry has as much to do with preventative health care as keeping pearly whites shining, local leaders in the practice are concerned with the interruptions to routine mouth maintenance throughout the pandemic.

Dr. Andrew Sullivan, chair of the Periodontics Department at Rutgers School of Dental Medicine, marks 2020 and 2021 as bad years for the treatment and prevention of periodontal disease. And he’s hoping the next year builds on the normalcy 2022 began to reintroduce.

After months of dental offices being closed, patients were slow to return for their regular maintenance and screening appointments. Unless they had a problem with pain or bleeding, Sullivan said, people just didn’t want to come in. Partly, that was because an office full of open mouths, with drills and other tools scattering aerosols, scared people off.

“As it turns out, it doesn’t seem to be the problem it could’ve been,” Sullivan said. “I remember facing a similar crisis in the early ’80s. We didn’t know anything about HIV; we actually thought thousands of dentists might die of AIDS, because we thought they might have contracted it treating HIV-positive individuals. There were articles written about how disastrous it would be for the dentistry profession. Of course, that turned out to be total nonsense.”

Even if the fading of concerns about contracting COVID from a dentist visit have more people returning for their regular checkups, there was still some residual reluctance over the past year.

Sullivan said it’s important for people to keep up with their oral health, especially in light of mounting evidence that periodontal disease is linked to a number of health conditions, such as heart disease and diabetes.

“Currently, there’s a lot of emphasis on inflammation,” he said. “Inflammation in any part of the body might be relevant to other parts of the body. … There is correlation. Whether things are cause-and-effect, that’s a whole other story. In any case, it’s important to control inflammation that may have more systemic consequences.”

There’s an increasing number of medical articles detailing the connection between oral health and chronic inflammation with the body’s immune response. It has even been associated with Alzheimer’s disease and dementia, according to the American Dental Association.

For many in medicine, videoconferencing and the pandemic portended long-term changes in the way care would be delivered.

For dentists, they can find no substitute in patient’s homes for the chairs in their dental office.

Dr. Andrew Sullivan said that, during closures at the pandemic’s onset, dentists attempted to make the same switch to telemedicine as made by their physician peers.

“We found it was very difficult; and we’re not doing it anymore,” he said. “I don’t think dentistry parallels medicine. While there’s definitely going to be continued telemedicine, I don’t think the use of it in dentistry — for the most part — will continue.”

Sullivan said that, while there might be some still experimenting with remote dentistry, he didn’t personally know of any dentists still offering that service today.

The problem, he said, was that patients most of the time reclined in a dentist’s chair anyways.

“Often those visits ended up with us saying, ‘You have to come in,’” he said. “We just couldn’t determine what was going on without seeing them. Many times in medicine, the televisit was the end of the care needed, with prescriptions or advice given. In dentistry, too often care wasn’t able to end without an appointment.”

And inflammation in the oral cavity is common even among the youngest patients. Based on data published by the American Dental Association, about 70% of pediatric patients have gingivitis, which causes inflamed gums.

As Sullivan characterizes it, dentistry has always been somewhat neglected in the health care community.

That was true in a very quantifiable way when employer health coverage was introduced decades ago without dentistry as part of the equation at all. Although dental plans are offered by employers today, seeing a dentist remains a financial problem for many — with up to a third of the country’s residents lacking coverage, again according to the American Dentistry Association.

Sullivan said these insurance plans often operate very differently than medical plans, with coverage regularly limited to around $1,500 annually, alongside other limitations.

“So, it’s difficult for people to access care even when they have the insurance,” he said. “They have to ration out the dental care they receive. To me, it’s a sad commentary that, in northern New Jersey, a couple can be making substantial income, but even as two wage earners with three kids, they can’t afford the maximum dental care for their own kids. It’s very disappointing.”

Considering that the pandemic has reshuffled the financial situation of some families, there’s still questions about whether dental health — and, given the latest research, overall health — has suffered in a way that will be felt in the medical community for many years.

“Between the money issue and fear of unknown, there was certainly havoc wreaked on the prevention of future dental problems,” he said. “But, honestly, we’re not quite sure how that’s playing out. We need more time to determine what the outcome was regarding the incidence of dental disease during the pandemic.”