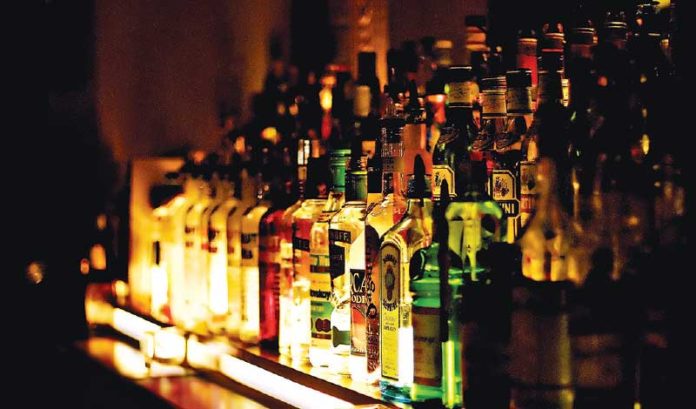 Gov. Phil Murphy’s proposal to reform the state’s antiquated liquor laws drew a similar reaction from leaders of two key associations in the sector: happy the issue is being discussed, eager to work with the administration — and some thoughts as to where the governor should turn his attention first.

The background: During his State of the State address Tuesday afternoon, Murphy called the state’s current system antiquated and a throwback to the post-Prohibition time it was written. Murphy said the state needs to modernize the procedure and do so in a way where obtaining liquor licenses is easier — and, most importantly — more affordable to restaurant owners.

Murphy also said he wants to make it easier for breweries, distilleries and wineries to sell their products in the state.

Under the current system, which limits licenses under a formula tied to population, there is such a scarcity in some municipalities that licenses can sell for millions of dollars — when they become available.

Murphy said freeing up more licenses will create upward of 10,000 jobs annually and, over the next 10 years, generate up to $10 billion in new economic activity and $1 billion in new state and local revenues.

“Expanding the number of available liquor licenses will not only help keep our favorite local restaurants healthy, it will also help keep our economy healthy,” he said. “This won’t be easy, but it will be worth it.”

Murphy has suggested those with licenses would receive a tax credit to help lessen their cost.

Hold off on that celebratory toast for a moment.

Dana Lancellotti, the executive director of the New Jersey Restaurant & Hospitality Association — which has consulted with the Governor’s Office on liquor license reform — said there are no easy solutions.

“While we are heartened that Gov. Murphy recognizes and acknowledges the significant investment made by liquor license holders, adding more licenses to the marketplace will have a negative impact on these small businesses that have contributed so much to their communities over the years,” she said.

Lancellotti said the state should first look into the liquor licenses that are held but are not being used — perhaps in an attempt to hurt those who would want to buy them.

“Getting the over 1,000 unused but existing licenses should be the first priority of any policy discussion,” she said.

Eric Orlando, the executive director of the Brewers Guild of New Jersey, had a similar reaction.

“The Guild is appreciative of the comments made today in the governor’s State of the State address, which prioritizes in 2023 fixing the state’s long-outdated alcohol laws to reflect consumer demands and trends across the nation in the brewery, winery and distilling industries,” he said. “We look forward to working with the Murphy administration, legislators on both sides of the political aisle, and state regulators on a craft beverage modernization proposal, which includes real, meaningful solutions to the priority needs of the industry now and for years to come.”

“In the meantime, however, and in light of the fact that these proposals may take time to take shape and advance in the legislative process over the next several months, we would ask that the governor immediately take action to suspend license restrictions currently imposed on breweries by state regulators until a satisfactory statutory fix is finalized,” he said. “Many of the license restrictions in place are not tied to any literal statutory language on the books today, only interpretations of legislative intent from more than 10 years ago.”

Time is of the essence, Orlando said.

“Each week that goes by with these license restrictions in place, and irreparable harm occurs, the craft beer industry in New Jersey draws closer to a permanent collapse,” he said. “In our view, short-term action and a long-term solution are both necessary and should be worked on simultaneously. The Brewers Guild of New Jersey stands at the ready to assist the governor in these efforts.”

This much is clear: The current laws no longer work. COVID-19 proved that to be true, Murphy said.

“I am greatly aware that some of, if not the, hardest-hit businesses from the pandemic were our restaurants,” he said. “And few were harder hit than the small neighborhood establishments — many, if not most, family-owned — that couldn’t get a liquor license that is so critical to maintaining a healthy profit margin.

“There’s no other way to put it — our liquor licensing regime is antiquated and confusing. We rely on a foundation of rules written in the days immediately after Prohibition to govern a 21st-century economy. That makes no sense.”

“People from all across the Northeast, and indeed from across the country, are coming to taste what is being poured from bottles, taps and barrels across New Jersey,” he said.

“They are coming to enjoy one of the best and most diverse restaurant scenes of any state. It is absolutely imperative that we keep this renaissance going.”

Murphy orders closing of child care centers — except those servicing...

Why workforce development — and worker training — is becoming top...