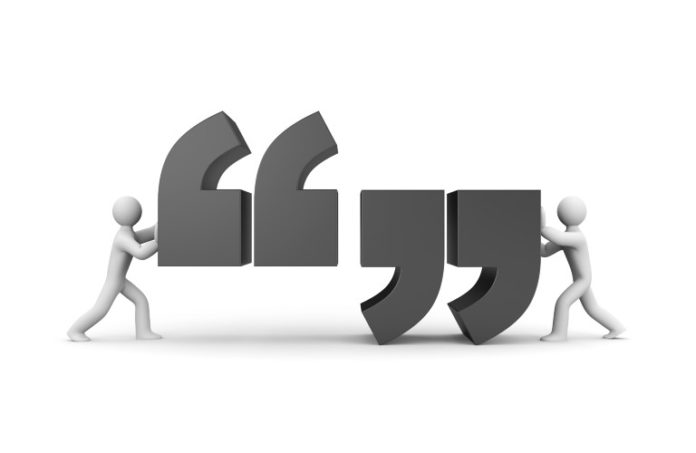 Gov. Phil Murphy’s annual State of the State address Tuesday brought numerous responses from various business groups, associations and nonprofits — it seems everyone has an idea of what should be the top priority in the state. Imagine that.

Here are some reactions to Murphy’s speech. We’ll let you decide the validity of their thoughts.

We appreciate that he highlighted in his State of the State the importance of improving transportation infrastructure, protecting tourism, preparing students for the workforce, growing the middle class and focusing on new industries that have the potential to create tens of thousands of jobs, such as offshore wind, cannabis and film and television production. We also thank the Murphy administration for two recently signed pro-business initiatives that the Chamber supported, and we hope it is the start of more to come.

We agree with Gov. Murphy that we want new industries to call New Jersey home, but the ones already here need assistance.

The governor highlighted progress, but he also recognized challenges facing the business community, a message the Chamber has been pressing for quite some time. Our hope is that he will address the challenges we have been highlighting, because providing more assistance will make what has been accomplished even stronger.

We agree with what the governor said: ‘It’s cool to be from New Jersey again.’

Specifically, last week’s signing of bill A573, which expedites construction inspections, and last month’s signing of bill A4929, bringing flexibility to New Jersey economic incentive requirements, were greatly needed and welcomed by the business community.

We also credit the governor and his administration for bolstering the film and television industry in the state, including last month’s announcement of Netflix’s future East Coast production hub at Fort Monmouth. These initiatives provide tax revenue, permanent and temporary jobs and important economic activity for the state.

With that said, however, we do believe the administration can — and should — be doing more to address affordability for New Jersey small businesses.

In NJBIA’S 2023 Business Outlook Survey, 82% of businesses said New Jersey is either somewhat unaffordable or not affordable at all for business. That is not rhetoric. Rather, it reflects what we and our business advocacy peers hear literally every day.

Recall that New Jersey had more than $6 billion in federal COVID relief funds. Yet the governor alone stood in the way of legislation that would have used it to partially or fully relieve our small businesses of this burden — as most states in the nation appropriately did.

This $1 billion unemployment tax increase on business, which is a tax on jobs and was solely the result of some of the longest pandemic shutdowns in the nation, now costs each New Jersey business hundreds of dollars more per employee, per year, than prior to the pandemic.

Similarly, as we heard much about ANCHOR property tax relief today in the governor’s address, it must be noted again that New Jersey businesses were excluded from that assistance — even though they pay nearly half of the state’s property taxes.

Christina Renna, CEO, Chamber of Commerce Southern New Jersey: The Chamber of Commerce Southern New Jersey was pleased to hear a strong acknowledgment from Gov. Murphy that the way business is conducted today is different than it was pre-pandemic. This fact must be taken into consideration as state-based incentive programs continue to be reevaluated and retooled for the modern-day workforce. Additionally, the continued focus on wind energy by this administration has positioned South Jersey to be the wind capital of the northeast, which will equate to new and high-paying green jobs in the region.

The CCSNJ is grateful that South Jersey has been given the opportunity to be the birthplace of this budding industry and looks forward to continuing to reap its economic benefits.

As Gov. Murphy looks ahead to his budget message for FY2024, the CCSNJ would like to see a heightened focus on affordability in the form of significant tax policy changes on the residents and businesses of the state. With one of the highest income tax rates and the highest corporate tax rates in the nation, not to mention the Unemployment Insurance tax hike on businesses, which could have been avoided, New Jersey deserves and desperately needs substantive tax relief.

The CCSNJ stands ready to work with the administration on robust policies that will change New Jersey’s outlier status when it comes to taxation policy and affordability moving forward.

Nicole Rodriguez, president, New Jersey Policy Perspective: Gov. Murphy is right to tout new state programs and laws that give working families a shot at success, from the child tax credit to the rising minimum wage. But, with 1 in 10 families living in poverty, and many more struggling to keep up with high costs, the state cannot afford to rest on its laurels.

Opportunity for all requires new, ambitious investments in families who have historically been left behind and need the most help. It requires fully funding our schools, increasing tax credits and safety net programs for those with the lowest incomes, along with sound tax policies to support those programs in the short- and long-term.

The governor slammed states that hand huge tax cuts to wealthy individuals and mega-corporations, but he was silent on how his administration will make sure New Jersey doesn’t follow that same path. Some legislators are poised to hand over $600 million in tax cuts to the most profitable corporations in the country, including Amazon and Walmart, even if it threatens the fate of the opportunity-building programs the governor highlighted in his address.

Opportunity for all will not be possible with a tax code that favors a wealthy, select few.

Ed Potosnak, executive director, New Jersey League of Conservation Voters: New Jersey LCV is pleased Gov. Murphy is doubling down on offshore wind to power New Jersey’s homes and businesses with clean energy, create good local jobs that can’t be outsourced and combat climate change. This past year, he has shown a renewed focus on environmental justice, particularly by advancing the Essex-Hudson Greenway, which will expand access to open space and recreational opportunities to some of the densest and most underserved communities in the state.

We look forward to continuing to work with Gov. Murphy and his team as we fight to protect every New Jerseyan’s right to clean air, safe drinking water and access to open space and parks as we fight against climate change.

Eric DeGesero, executive vice president, Fuel Merchants Association of New Jersey: Gov. Murphy was quoted this morning about the importance of ‘putting your money where your mouth is.’ His pledge to be fiscally responsible rings hollow to homeowners, renters, taxpayers and businesses. He refuses to explain his catastrophically expensive and intrusive policy of mandating every building in the state be retrofitted with electric heat.

With his lack of candor today on the most radical transformation of the state’s energy, environmental, housing and economic policy in the history of New Jersey, his silent streak on building electrification remains unblemished. Gov. Murphy is putting your money where his mouth isn’t.

Staci Berger, CEO, Housing and Community Development Network of New Jersey: The Network commends Gov. Murphy and Lt. Gov. (Sheila) Oliver for their efforts to ensure that every New Jerseyan has access to a safe and affordable place to live. Last year, historic investments were made to create more affordable opportunities. The governor and legislative leaders must keep that momentum going so we can help to HouseNJ.

Our state has been a leader in implementing policies that protect homeowners and renters during a recent vulnerable time in our nation’s history. There is much more to be done to expand on that work, much more to do if we are to truly achieve housing, health and racial justice. We look forward to working with the Murphy administration to realize these goals and make our state a place everyone can afford to call home.