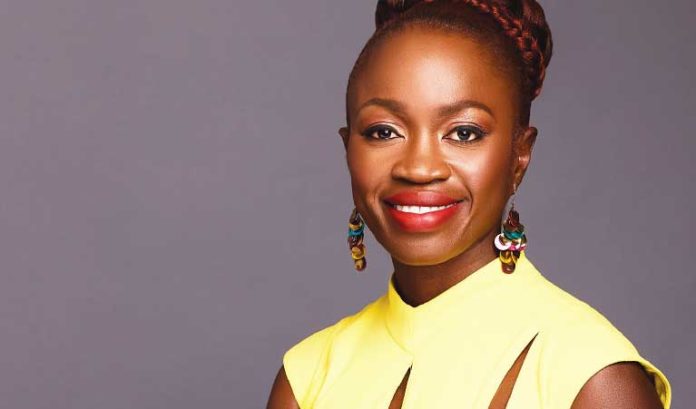 When you write about Adenah Bayoh, the Newark-based entrepreneur/developer/restaurateur/humanitarian extraordinaire who is having such an impact on the state, it’s always about why she’s doing something, not just what she’s doing.

Bayoh is announcing that her latest development project, Southside View, a 40-unit multifamily housing complex at 654-668 S. 11th St. in Newark’s South Ward, has received a 9% Low Income Housing Tax Credit, or LIHTC, from the New Jersey Housing and Mortgage Finance Agency that will help make the project a reality.

Adenah and her partner on the project, community organizer Octavia Frazier-Porter, are leading the first woman-owned and Black-owned real estate development entity in New Jersey to receive this hard-to-get but project-making funding.

Those firsts are enough to get attention. But it doesn’t explain the “Why.”

Bayoh, who has built numerous restaurants and multifamily housing facilities in Newark and Irvington previously, conceived of this project because she wanted to give the primary residents of affordable housing — single mothers and their kids — a safe environment that could provide hope for the future.

She conceived of this project — and brought in a first-time female developer — to serve as an inspiration for girls and women and people of color.

She conceived of this project because she feels housing is the next great social issue of our time — so, why not take the lead on finding a solution?

She conceived of this project to pay it forward. As an immigrant who grew up in the Fairview Homes complex on 17th Avenue in Newark, she knows firsthand what a project like this means.

“There is something about growing up in low-income housing,” she said. “A lot of people think, ‘Oh, they’re just a bunch of poor people that concentrated together.’ No, they are a community of people that looks out for each other. They are a village of people that come together and says, ‘Not in our community, not on our block.’”

That’s who Bayoh is doing this for.

“I think about all of the powerful women that I got to know growing up,” she said. “Sixty percent of end users of affordable housing are women. And the majority of those are single mothers.

“They need someone to advocate for them — someone who looks like them and knows what it was like to be in their shoes. That is what I bring to affordable housing.”

The five-story, 100% affordable housing community will transform an underutilized parcel near the corner of Springfield Avenue, a major Newark corridor, into homes for 40 families with low and very low incomes, and advance the ongoing revitalization of the Kent-Brenner-Springfield Redevelopment Area.

Bayoh said Southside View’s design and programming have been tailored to the needs of the community. Supportive services offered to residents will include job training, financial management and credit counseling, as well as health, wellness and counseling programs. In the wake of the COVID-19 pandemic, having reliable access to high-speed internet has become a growing equity issue. To address this hurdle, residents of Southside View will have access to free high-speed internet on-site and in-unit.

Each unit will include central heating and air conditioning and luxury vinyl flooring. Residents will have access to free on-site parking and laundry facilities, as well as a beautifully designed community center for programmed activities and an on-site management/leasing office.

To foster a healthy living environment for residents, as well as lower operating costs and maintenance needs, energy saving measures will be incorporated into the building’s design. These will include energy-efficient refrigerators, stovetops, ovens and dishwashers. The development is expected to earn green building certification through the New Jersey Energy Star program.

Bayoh said the housing will come with something else: great expectations.

It’s something she carries forward from her childhood.

Then there’s the greatest amenity: safety.

Bayoh said there will be a playground outside and programs inside for the kids.

“People want to live in a building where they feel safe,” she said. “We’ll have it — and not just because we’ll have key fobs for the doors. We have safety in the design. The playground will be in the back. And, when kids come home, there will be after-school programs.

“We want the end users to know that their children will be safe until they come home.”

As much as the project will be built for today, there is a strong component of the future, too. Bayoh wants to inspire the next generation of developers.

“When I was in high school and college, I never looked at affordable housing or development,” she said. “No one ever mentioned that to me. For me, it was always, ‘When are they going to build that?’

Bayoh points to athletic stars, such as Michael Jordan and LeBron James, that so many emulate.

“They know that Michael Jordan came from Wilmington, North Carolina; they know LeBron James came from Akron, Ohio — places like where they live,” she said. “When you can see it, that makes it possible.

“I want young girls and young women to see that I am just a girl from Newark public schools (Weequahic High School), who grew up in public housing. I didn’t go to an Ivy League school; I went to Fairleigh Dickinson University.

All of this, of course, takes time.

Bayoh notes that the initial talks of one of her first development projects — when she partnered with others on a project to transform the demolished Irvington General Hospital into 114 mixed-income units — started more than a decade ago.

That project led to many others, including an 84-unit mixed-use development project at 915 Broad St. in Newark that is 55% affordable.

“All that was my practice — it led me to this moment, where I could do this alone,” she said.

In this project, Bayoh is the equity lead. But she doesn’t want to do it alone.

For Bayoh, this project represents an opportunity to bring other women of color into the sector. In this case, that means Frazier-Porter, a newcomer to commercial real estate development.

“I want to share some of this experience, particularly with women and women of color,” she said. “I will work with a different woman on my next project.

“What I love to do is to make room at the table. I don’t want to be the only one there, I want to bring people with me.”

The importance of being awarded the 9% LIHTC from the Housing and Mortgage Finance Agency is not lost on Bayoh.

“This is really huge,” she said. “This is a super big deal.”

While it would seem obvious that the federal government — which helps fund the program — would provide more money for grants for those looking to help with the affordable housing crisis, the reality is that money is limited.

Bayoh hopes her award will start a trend.

“I think the agency always has been interested in leveling the playing field,” she said. “I think now, more than ever, they are actually putting action where their words are. I think it’s meaningful that this door is opened. I want it to stay open — and I want to make sure that we bring more women into this field, particularly women of color.”

Bayoh said she’ll be doing her part, too.

“We’re already working on the next project,” she said. “We’re going to submit again.”

In this case, it will be for a project right next to Southside View. Phase Two, she calls it.

But, there are so many other opportunities out there.

“I’m looking at high-poverty communities,” she said. “Whether it’s in Newark or Paterson or Trenton or anywhere else that fits that demographic. For me, that is where the greatest impact happens.”

That’s always the key with Bayoh.