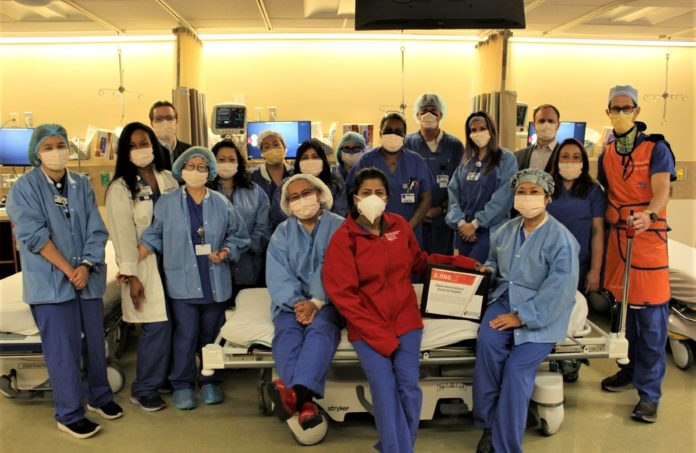 RWJUH’s electrophysiology team became a leader in robotic ablation after performing its first procedure with Stereotaxis technology in 2010. Since then, it has treated a broad range of patients with robotics, many of whom would otherwise be unsuitable for traditional treatment methods. One of the leading experts on RWJUH’s electrophysiology team is Dr. Subashini Gowda, a board-certified attending cardiologist at RWJUH who has treated nearly 1,000 patients using robotics.

“As a national and regional leader in cardiac care, Robert Wood Johnson University Hospital has assembled an expert team of cardiac specialists who are highly skilled and experienced in the most advanced technology and techniques to effectively treat cardiac arrhythmias,” Bill Arnold, CEO and president at RWJUH, said.

“The use of robotic magnetic navigation is emblematic of how technology can complement the delivery of top-quality patient care,” Dr. Theodore Maglione, assistant professor of medicine, interim director of RWJUH’s Electrophysiology Laboratory and associate program director of the cardiovascular fellowship, Rutgers Robert Wood Johnson Medical School, said. “RWJUH and Rutgers RWJMS are proud to be at the forefront of such innovation.”