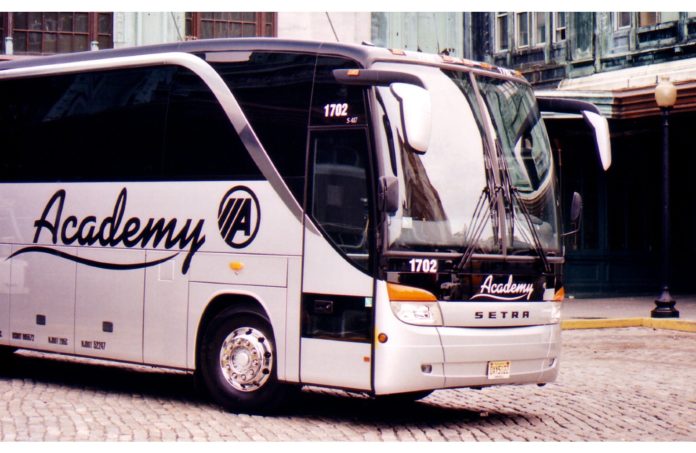 Meeting commuter demand for additional service, as more riders return to buses as the pandemic wanes, Academy Bus said it recently restored service on its Wall Street via Jersey City route that had been eliminated at the height of the COVID-19 pandemic.

“Throughout the pandemic, Academy has continued to provide its comprehensive commuter service throughout the region, ensuring that those riders, especially our health care heroes and essential workers, could continue to get to and from their workplaces. When many employers shifted to a remote work situation, we made the decision to curtail service due to decreased demand,” Francis Tedesco, CEO of Academy Bus, said. “Now, as COVID transitions to more of an endemic virus, and increased demand for our daily commuter service continues to return, it was natural that we meet that increased ridership volume with restoration of additional departures on this important bus route.”

In addition to this restored service, Academy made several other commuter service changes at the same time, including:

Complete commuter service schedules for Academy Bus for New Jersey/New York and other metro areas across the Northeast can be found by clicking here.