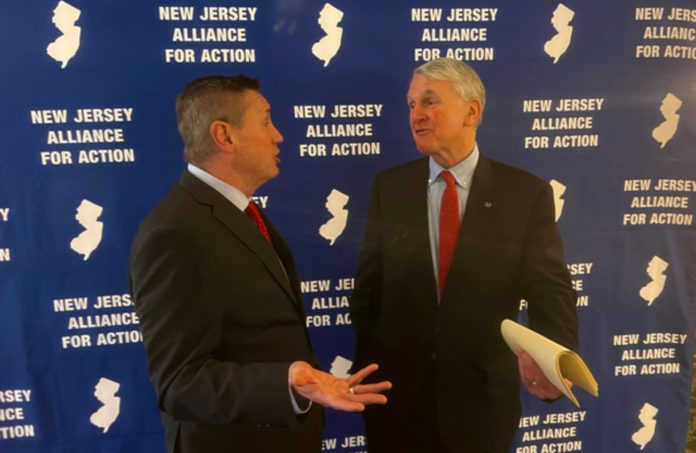 With nearly $8 billion in capital projects planned for the next three fiscal years, New Jersey Transit now has the second-largest pipeline of transportation work in the country, CEO Kevin Corbett told a gathering of business, government and labor leaders Thursday.

“There will be plenty to keep you busy,” Corbett told more than 100 people at the New Jersey Alliance for Action’s Inside Scoop event at Forsgate Country Club in Monroe. “The fact we’re positioned where we are to take advantage of the grants coming out now,” means the agency trails only the New York MTA in scheduled capital investments.

“These things really are powerful job creators,” Corbett said. “What this means to the region’s economy — for our riders, for the growth of the economy and for the businesses in the state — is that there’s a great multiplier effect (tied to these projects).”

“NJ Transit is writing an incredible turnaround story,” he said. “Kevin’s leadership and the agency’s investments have created jobs, greatly improved service and put NJ Transit on a path toward a greater future.”

NJ Transit, which operates an active fleet of 2,221 buses, 1,231 trains and 93 light rail vehicles, already has started a number of other high-profile projects, including the Portal North Bridge, which, at $1.6 billion, is the largest contract the agency ever has awarded.

Talk turned to jobs (and struggling to find people to fill...

Monday mornings just aren’t the same: With COVID-19 restrictions, there is...