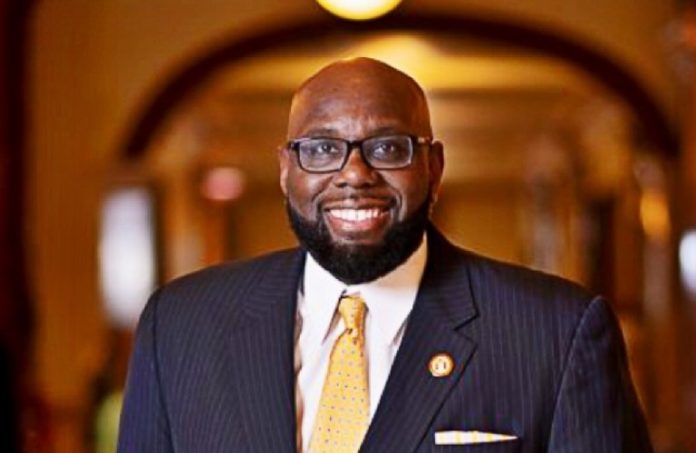 On Tuesday, state Sen. Troy Singleton (D-Moorestown) introduced legislation that would establish procedures by which a liquor license may be transferred for use as part of an economic redevelopment plan.

“It is no secret that liquor licenses in New Jersey are a hot commodity and extremely valuable,” he said. “Our liquor license laws are unfair, archaic and outdated.

“By allowing inactive liquor licenses to be transferred to redevelopment areas, we are creating more opportunities for new restaurants and bars to flourish, plus providing financial compensation to the towns from which the licenses are acquired.”

A key difference between Singleton’s proposal, which was introduced before Murphy offered his during his State of the State address Tuesday, is this: Murphy is calling for an increase in liquor licenses — eventually allowing an unlimited amount. Singleton is addressing what many in the industry feel is the biggest problem: liquor licenses that are inactive (or are not being used).

Industry officials said there are nearly 1,400 inactive licenses in the state.

Many feel putting them in use will help solve the issue of not having enough licenses available — and doing so in a way that protects the monetary investment that goes into obtaining a license.

While some licenses have sold for in excess of $1 million, most sell for half that — if not less. Regardless of the cost, it is an investment Singleton said he is trying to protect.

“It is my belief that this proposal strikes a fair balance between the need to expand access to liquor licenses in our state, without devaluing existing owners’ significant investments in them,” he said.

A municipality that is eligible to issue an additional plenary retail consumption license would be authorized to offer the license at public sale to the highest bidding municipality in the state. The funds received from the sale would be transferred to the municipal treasurer for the general use of the host municipality.

Under the bill, a license that is not actively used within two years of issuance date would expire.