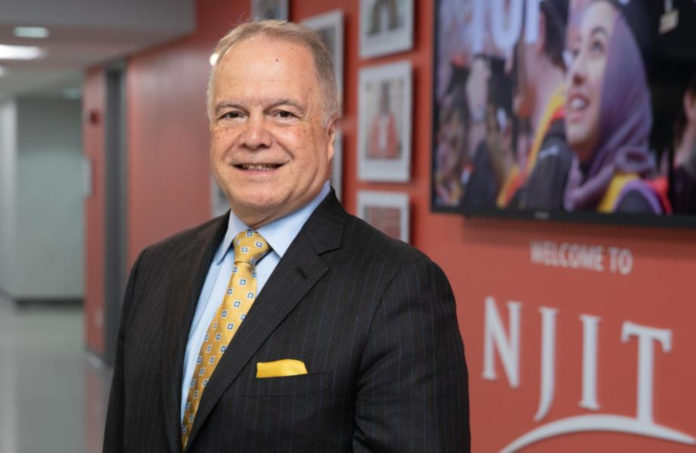 New Jersey Institute of Technology alumnus Bob Medina has been elected chair of the university’s board of overseers, the school announced Friday. He will be the first Hispanic to chair the group.

Medina, a member of the Class of 1975, has been an active overseer since 2013. He co-founded NJIT’s Hispanic and Latinx Leadership Council, served on the Buildings and Grounds and Academic Affairs and Research committees, and has chaired the Development and Alumni Relations Committee since 2020.

He succeeds alumna Marjorie Perry, who completed her second term in December.

The NJIT board of overseers governs the foundation at NJIT, which raises, invests and distributes gifts on behalf of the university and serves as a critical link to the business community, providing information on corporate and state priorities and helping NJIT realize its research and funding goals.

Medina takes over during a period of impressive growth over the past several years: NJIT has created more than 125 new scholarships (including a Medina Family Scholarship), added nearly $30 million in gifts toward its endowment and set new single-year records in overall gifts and pledges ($19.2 million in Fiscal Year 2021) and the rate of alumni giving (11% in FY22).

Medina, who continues to serve on the HLLC and is one of its co-chairs, has been honored for his work in both the engineering and Hispanic communities. Most notably, he received a Lifetime Achievement Award from the Statewide Hispanic Chamber of Commerce of New Jersey, and Medina Consultants was named the northeast’s Minority Professional Firm of the Year by the U.S. Department of Commerce.

“I’m proud to chair the NJIT board of overseers and help advance the goals of NJIT through scholarships for our students, partnerships with industry and collaborations with government to grow research and academic success,” he said. “As a graduate of NJIT and an engineer with over 45 years in the industry, I understand that a STEM education is the foundation of most future careers.

“NJIT, as a premier polytechnic university, prepares students, many first-generation college students, for careers that transform lives. My focus as chair will be to work with fellow overseers, alums and other leaders in the STEM universe to provide needed financial support for all students who desire an education that will propel innovation and successful STEM careers.”

Medina has spent the past 45 years developing a legacy in the engineering and construction industry. After working for large engineering companies for 14 years, in 1989, he founded Medina Consultants and grew it to become the largest Hispanic-owned engineering firm in New Jersey and third-largest in the U.S.

After building his firm for 21 years and expanding it to seven offices in five states in the Northeast, he merged his company with TY Lin International, a multinational engineering firm with 2,000 employees and 40 offices throughout the U.S. Medina joined TY Lin’s East District board after the merger and retired in 2014. He then founded Medina 43 Business Strategies, which works with companies in the engineering and construction industry to facilitate business development, growth plans, mergers and acquisitions.

His expertise in engineering and business has fueled a myriad of governmental and agency appointments throughout his career, including on the New Jersey Educational Facilities Authority, flood mitigation technical committees and economic growth councils. Medina has also served as a resource for the federal government during President Barack Obama’s administration, sharing his expertise in infrastructure and transportation sectors in support of job growth and future job development.

“NJIT is truly fortunate to have an alumnus like Bob leading its board of overseers,” he said. “He is an accomplished engineer, entrepreneur and business leader with an expansive network of friends and colleagues in the state. He is also an enthusiastic ambassador for NJIT, an unwavering advocate for the STEM+ education we deliver, and one of our most generous benefactors. I look forward to working with him and his fellow overseers in the months and years ahead, as we strive to sustain NJIT’s remarkable upward trajectory.”