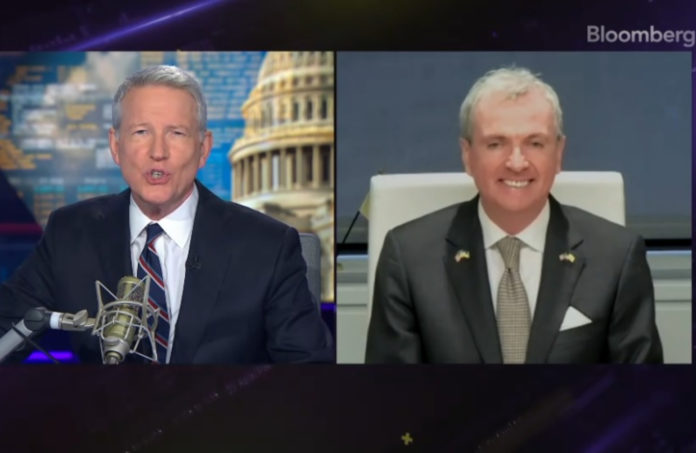 Gov. Phil Murphy on Thursday hinted at the possibility of allowing the 2.5% Corporate Business Tax surcharge to sunset at the end of 2023.

“I’m on the side (of) a deal is a deal,” Murphy said on “Bloomberg: Balance of Power.” “We’ve committed that (the surcharge) would lapse and go away. And that’s where I am as we speak.”

The state’s current tax rate sits at 11:5%, the highest in the country. Dropping it back to 9%, where it was in 2018, would be a big win for the business community, said Tom Bracken, the CEO of the New Jersey Chamber of Commerce.

To be fair, the comment was one sentence in a 10-minute interview.

The 2.5 percentage point surcharge, however, was extended by the Legislature in 2020 until the end of 2023.

Whether that will happen again remains to be seen.

On the show, Murphy was pressed on taxes by host David Westin, who paraphrased Murphy’s quote about paying more taxes but getting more services. Westin asked if such a message could play on a national stage.

Murphy said he agreed with the premise, but he said the phrasing doesn’t show that he is concerned with affordability, too.

“We want to make sure the price you pay for that extraordinary basket of stuff you get back in New Jersey is a fair price,” he said.

Not everyone agreed it a CBT reduction would be a fair move.

“This is a tax cut for some of the biggest businesses in the world, plain and simple,” Nicole Rodriguez, president of New Jersey Policy Perspective, said. “With corporate profits at record levels and millions of New Jersey families struggling to keep up with rising costs, this represents the absolute worst of trickle-down economics. To be clear, this would not benefit mom-and-pop businesses, but corporations like Amazon and Walmart that make billions of dollars every year off the backs of low-paid workers.” “A day after the governor centered his State of the State address on creating opportunity for everyone, this tax cut will blow a hole in the state budget and make it even harder to fund the very programs and services that would do just that.”

But Murphy said getting the balance right is at the core of the American dream, rattling off access to top public education and health care — and an ability to do better than the previous generation.

“It seems to me that those are elements that define the American dream — again, making sure the price that you pay for that is a fair one.

Murphy, in offer to Legislature, drops request for increase in sales...