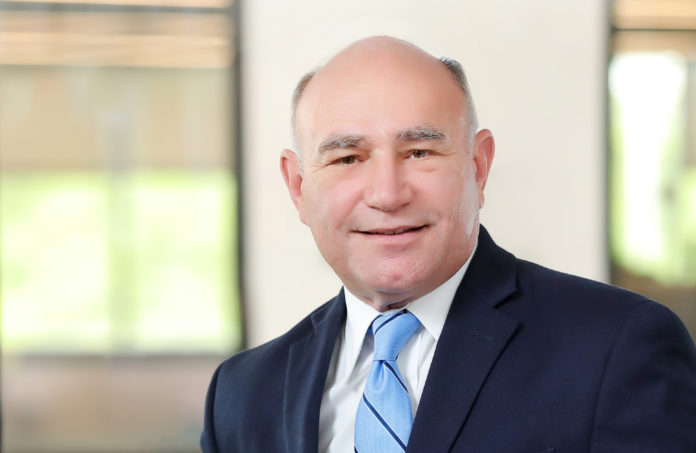 If you enjoy the convenience of walking to the corner store, seeing your children bicycle to their community school or relaxing in a neighborhood park, life in a pedestrian-friendly town or city suits you. If you are an outdoors person who loves nature, a weekend hike or the remoteness of wilderness camping, then you may welcome the inherent preservation benefits of populations returning to more urban areas. In simple terms, the American landscape is either open lands, small towns, urban centers or the modern phenomena called suburbia (which promised, but perhaps fails, to provide the combination of beautiful open spaces with the convenience of urban life). Today, the average citizen recognizes the dilemma of further developing scarce open lands and the nonsustainability of car-dependent suburbia. People have rediscovered the beauty and convenience of town and city life, and, today, millennials and Gen-Xers are migrating back to those towns and cities.

The embrace of urban life has created a housing demand in which the solution appears simple: urban redevelopment. Today, nearly everyone who drives through a vacant neighborhood or urban center or passes an abandoned industrial site squints and says, “This could be so nice,” or “Why doesn’t someone redevelop this area?” Many civic leaders, design professionals and real estate developers are working to find viable redevelopment strategies for scarred and environmentally challenged brownfield sites.

Unlike open, greenfield development, most brownfield redevelopment sites must address or overcome added demolition costs, antiquated utility and sanitary infrastructure, environmental damages, regulatory hurdles and zoning restrictions — all before a shovel can be put into the ground. These factors can create significant time delays and added costs and are generally why a promising site lies as-is for far too long. New Jersey is the most urbanized state in the nation and serves as a leader in brownfield redevelopment, creating strategies to repurposed abandoned sites and preserve limited remaining open spaces.

Over the past two decades, New Jersey has developed model legislation to ease the burdens of rehabbing a brownfield site. The New Jersey Local Redevelopment and Housing Law is a powerful piece of legislation that has led to successful redevelopment and the rejuvenation of many community and waterfront centers. The foundations of the law eliminates “zoning” and replaces it with proper, physical “land planning.”

For areas that are deemed “an Area in Need of Redevelopment,” and once legally declared a (capital “R”) Redevelopment site, numerous hurdles are lifted and the designated development entity and/or municipality can more confidently proceed with reduced risk and increased access to resources supportive of urban redevelopment. The New Jersey Redevelopment Law not only promotes but depends on the physical documentation and visualization of a design, in comparison to the drab courtroom-like policy process of standard zoning approval. This often unfolds into a sincere and engaging civic dialogue about the identity of a town or neighborhood and how it can be furthered. Redevelopment proposals that respect or are influenced by a town’s historical context often stimulate a true community, public/private process where new concepts such as higher density or increased height are objectively considered.

While urban design serves as the foundation of successful redevelopment, the Redevelopment process includes important policy mechanisms that promote and provide access to economic incentives such as PILOT (payment in lieu of taxes) designation, tax credits and Economic Development Authority/Department of Enivronmental Protection funding for environmental cleanup and infrastructure improvements. When designated “Redeveloper,” a development entity can much more confidently move forward with key investments such as market studies and environmental cleanup. For communities outside the state of New Jersey that do not have the density nor the degree of environmental damage of brownfield sites, the Redevelopment process established in New Jersey versus a standard zoning process (plus the New Jersey State Plan concept that encourages guiding growth into compact mixed-use centers) are models that, if pursued, will yield the proper levels of density and mix of uses that are sensitive to the community context and will create sustainable, walkable and memorable places while preserving precious open lands.

Two successful examples that illustrate the Redevelopment process and strategies at vastly different scales are 202 Park in Cherry Hill and Ewing Town Center in Ewing. 202 Park, a 2022 winner of the N.J. Future Smart Growth Award for its “innovative and holistic approach to recreation, community development and resilience,” is a single-site, single-use “infill’ redevelopment. 202 Park used redevelopment to transform a blighted and underutilized riverfront hotel site into a 192-unit, residential community with residences ranging from affordable housing to luxury penthouse apartments and sustainable design elements, including rooftop solar and electric vehicle charging stations. The 202 Park project has set the stage for continued quality redevelopment along the adjacent river and community park.

By contrast, Ewing Town Center is an 80-acre, 1,100-unit, full mixed-use, new town center currently under construction. Ewing Town Center is located on the site of a former GM plant that built World War II planes. Once designated a redevelopment location, the site received incentives for environmental cleanup. In return, construction includes affordable housing, live-work units for startup businesses, a new community green/clubhouse and gateway-styled retail with residential above the town center. In this current real estate market, and as a testimony to the attraction of life in a quality, walkable community, Ewing Town Center apartment leases are over 95%, and new units are preleased during construction.

Indeed, New Jersey recognizes the need to clean up and use urban locations, and it has put legislation in place to further this goal. This model can be used as an example by other states or municipalities to encourage the development of environmentally damaged or underutilized sites.  As younger generations fill these cities, once neglected areas can become vibrant neighborhhods serving the needs of the citizens.

Angelo Alberto, AIA, PPNJ, is a principal at Spiezle. The firm’s multifamily and mixed-use designers and planners have been or are involved in the redevelopment of brownfield sites in Bloomfield, Cherry Hill, Dunellen, Ewing, Fort Monmouth, Glassboro, Little Falls, Millington and Verona.

Why N.J. needs to establish public health institute (as 33 other...