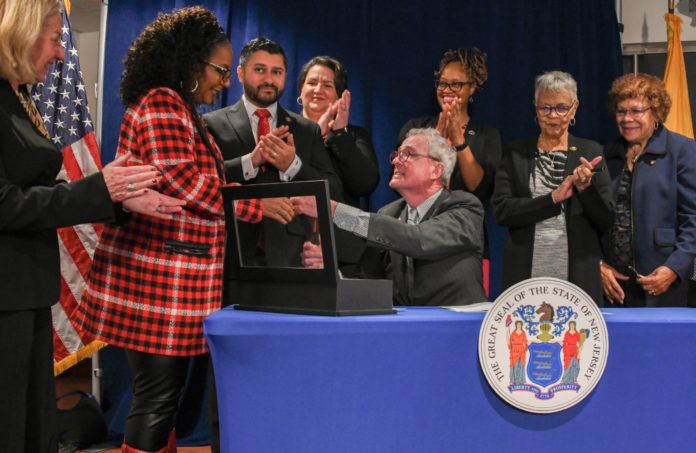 Gov. Phil Murphy, in a continued effort to ensure that the state is a leader in supporting women’s health issues and reproductive rights, last week signed a bill that will allow New Jersey pharmacists to dispense self-administered hormonal contraceptives to patients without requiring a prescription.

Patients are typically unable to access self-administered hormonal contraceptives, including contraceptive pills, patches and rings, in New Jersey without first obtaining a prescription from a licensed health care provider. To reduce barriers to access to this critical family planning tool, the bill requires the issuance of a standing order authorizing pharmacists to furnish self-administered hormonal contraceptives to patients without an individual prescription and identifying the contraceptives that pharmacists are authorized to dispense.

“While many other states are working to restrict access to reproductive health care — including contraceptives — our state continues to protect this fundamental right and expand access to this critical care on behalf of all who need it,” Murphy said. “The current requirement of an individualized prescription imposes an unnecessary burden on people who may be unable to afford or find the time to go to a health care provider for a prescription. Removing that requirement will promote health equity and ease of access to contraceptives in order to empower women to make their own reproductive choices.”

Murphy signed the bill on the one-year anniversary of his signing of the historic Freedom of Reproductive Choice Act.

In order to dispense self-administered hormonal contraceptives to patients without a prescription under the bill, pharmacists will have to follow standardized procedures and protocols adopted jointly by the Board of Pharmacy and the State Board of Medical Examiners and complete a training program.

The bill will help more than just state residents. New Jersey pharmacists will be able to provide access to contraception without a prescription to patients regardless of the patient’s residency.

“Since the Dobbs decision, state legislatures around the country have put a stranglehold on freedom, passing laws limiting access to abortion, with eyes on restricting the right to contraception,” she said. “This from the states that use terms like freedom in their state slogans and government seals.

“But, in New Jersey, we both talk the talk AND walk the walk. New Jersey has emerged as a beacon of light to people across the country fearing for their rights, for their health, for their future. This law will help that light shine just a bit brighter.”