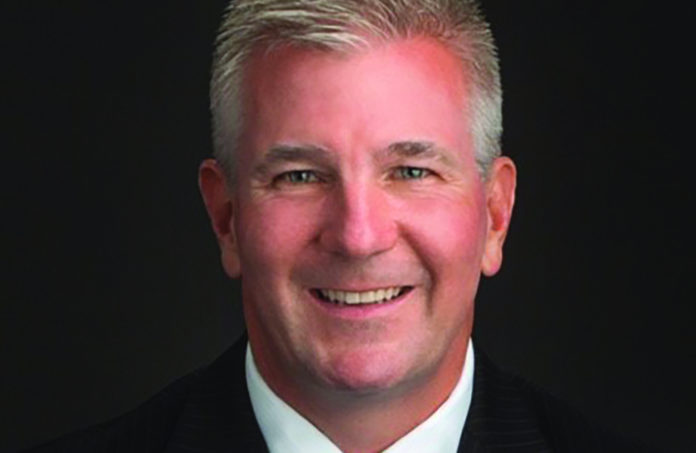 Dave Rible has been selected as the new CEO of the Utility & Transportation Contractors Association, the group announced.

Rible will succeed Robert Briant Jr., who is retiring. The transition of leadership has begun, but a formal date when Rible takes over has not been set.

UTCA President Glenn Ely, who is the president of PKF Mark III, an engineering, construction and management company, made the announcement at the UTCA general membership meeting last Thursday.

“I am pleased to announce the UTCA board of directors has unanimously selected Dave Rible to lead our organization as we tackle the many challenges facing the construction industry,” Ely said.

“The board felt strongly that Dave’s unique skill-set and knowledge of our industry make him ideally suited to serve as our next CEO. I look forward to working with Dave and my colleagues to ensure UTCA and the industry continue to grow and prosper.”

UTCA is a nonprofit trade association headquartered in Wall, that represents approximately 1,000 member firms in the public and private sectors, active in all phases of heavy, highway, utility and marine construction, as well as site work, including remediation of brownfields and contaminated sites.

A resident of Wall, Rible currently serves as the association’s executive director and has been with UTCA since 2019.  Prior to joining UTCA, he was the director of the New Jersey Alcoholic Beverage Control Commission and served in the New Jersey Assembly from 2008-17. He is also a former Wall Township police officer and detective.

While in the Legislature, Rible was the prime sponsor of legislation that reauthorized the state’s Transportation Trust Fund, which pays for critical transportation infrastructure projects.

“I am humbled to be chosen to lead this organization that, for years, has been such a forceful and effective advocate on issues affecting the construction industry,” he said.  “As a legislator, I worked closely with UTCA and saw firsthand their commitment to helping their members and supporting the entire construction industry.”

Briant, of Brielle, has worked for UTCA since 1982, becoming CEO in 2006. His father, Robert Briant Sr., started at the association in 1967 and continued to be involved with UTCA until his passing in 2013.

“During my time at UTCA, I have been fortunate to serve with my father and with an incredible staff that helped us build an outstanding association that continues to be a leader in the construction field,” he said. “As I begin to wind down my time at the UTCA, I am confident that Dave is the right person to lead the association going forward.”

Take it from FERC, we need PennEast pipeline and natural gas