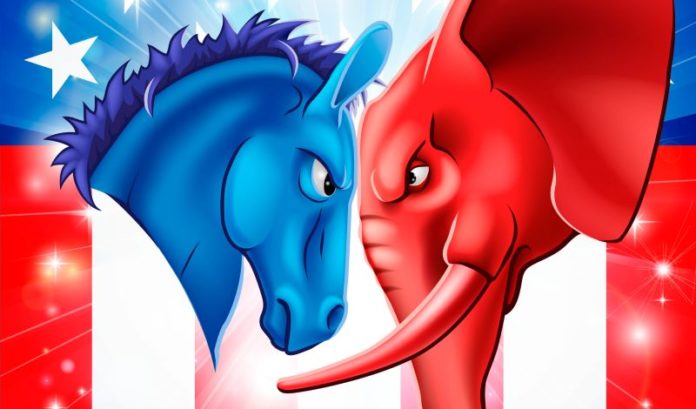 Think politics is a dirty business? If your answer is “Yes,” you share the opinion of just under half of Garden State residents — 44% say so, although another 44% believe it is an honorable thing to do, according to a new Monmouth University Poll released Wednesday.

According to the recent findings, the number of residents who said politics is dirty has climbed over the past 15 years, from 32% in 2008. Republicans (52%) and independents (52%) are more likely than Democrats (33%) to have a negative image of politics.

New Jerseyans also felt neither Trenton nor Washington, D.C., is clicking on all cylinders, but the federal government scored slightly worse.

“A pox on both your houses, say New Jerseyans. It may never be possible to get a majority of the public to view government in a positive light in this day and age. But it may be some comfort to Trenton officials that at least some New Jerseyans think they are doing a better job than the folks in Washington,” Patrick Murray, director of the independent Monmouth University Polling Institute, said.

A little more than one-third of New Jerseyans (36%), however, did rate the quality of their state government as either “excellent” or “good,” while only 19% said the same about the federal government. When asked to compare the two levels directly, 29% said the government in Trenton is better-run and 9% said Washington works better, while the majority (57%) said the two governments are run about the same.

Among New Jersey Democrats, 37% picked Trenton and 12% chose Washington as the better-run government. Republicans were less likely to name either level (24% Trenton and 6% Washington), with the vast majority (68%) saying they are about the same. The views of independents are nearly identical to Republicans. However, it should also be noted that the New Jersey government rating, while low, is better than it was a decade ago (up from 24% in 2010).

Democrats (63%) are a lot more likely than Republicans (14%) to rate the state government positively. They are also somewhat more likely to give positive reviews to the quality of the federal government, although both partisan groups’ opinion of Washington is largely negative — just 31% “excellent” or “good” ratings among Democrats and 7% among Republicans.

Independents’ views on both levels of government are more in line with Republican than Democratic opinion. Interestingly, past polls on the quality of state government showed less of a partisan divide than in the current results. In 2009, when Democrats controlled both the executive and legislative branches, Democrats (44% “excellent”/”good”) had a slightly better view of Trenton than Republicans (20%) and independents (17%). Republican opinion (38% positive) ticked up the following year when a GOP governor took office, while Democratic opinion (19%) slipped and independent (21%) opinion held steady. But these partisan gaps are nowhere near the nearly 50-point difference today.

“Partisanship fractures how we view government nowadays. You’ve got to stick with your team and boo the other guys no matter what. Which means independents tend to remain unhappy no matter who is in charge,” Murray said.

Many New Jerseyans appeared to want to have an impact on civic life aside from politics, and appeared to be engaging in it.

“In fact, Millennials and Gen-Z adults seem to feel more empowered to make a difference than young adults were a decade ago,” said Murray.

A majority of New Jerseyans (55%) felt they personally can make at least some difference to solve problems in their communities. This number is somewhat higher than in a 2010 poll (45%). One in five (20%) New Jersey adults report working either alone or with a group to solve a problem in their community in the past 12 months.

The Monmouth University Poll was conducted by telephone from Jan. 5 to 9 with 809 New Jersey adults.

Bracken: Report on affordability will soon be public. And it won’t...