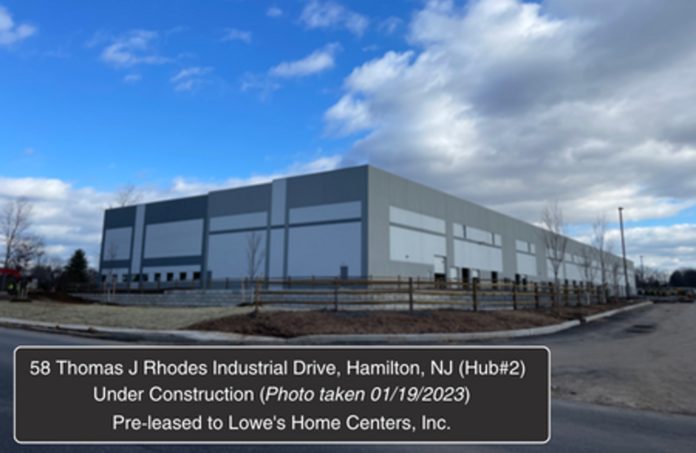 The facility is also known as Hub #2.

During the past two years, Applebaum has sold the developer an assemblage of two nearby other sites totaling approximately 8 acres, where an approximate 115,000-square-foot Class A facility (17 Thomas J Rhodes Industrial Drive, also named Hub #1) was constructed and preleased shortly after groundbreaking to A&E Clothing Inc. ARCO was also the general contractor for that project.