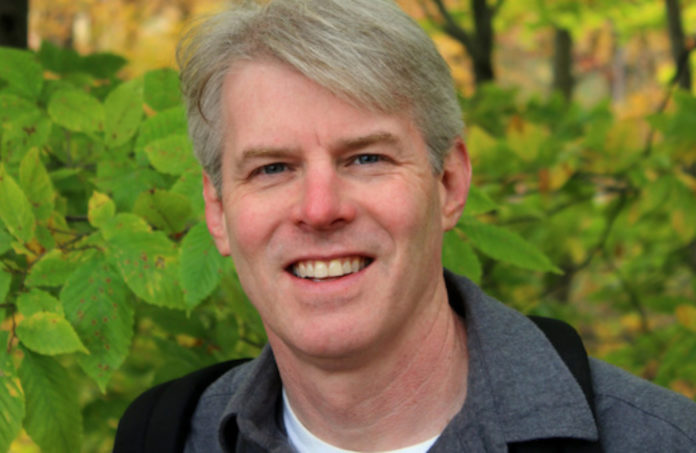 Tom Gilbert believes his organization, ReThink Energy NJ, and its mission is one worth a wider introduction in the Garden State right now.

And it’s not because they’re talking about confiscating gas stoves as a result of the latest hot-button political kerfuffle. They’re not. ReThink Energy NJ, which does happen to be in the business of advocating for building electrification, has other pots on the stove, so to speak.

Gilbert, campaign director for the statewide nonprofit, said there’s a larger puzzle that needs to be pieced together when it comes to addressing the carbon footprint of homes, which — after transportation — are the second-largest source of greenhouse gas emissions in New Jersey.

Between upgrades of electric vehicle charging infrastructure and New Jersey’s progress in putting resources toward developing offshore wind, Gilbert said the Garden State isn’t hurting for attention on other areas of eco-friendly investment.

Building electrification is a relatively newer area in comparison, said Barbara Blumenthal, a research director for the New Jersey Conservation Foundation. The market and pace of change isn’t quite at the level of the larger source of greenhouse gases, the transportation sector.

“The reason electric vehicles have taken off can’t be explained just by the fact that it’s an important greenhouse gas emissions goal for state and federal governments — there’s also a product out there that people want,” she said. “(With buildings), it’s about a market that needs some support to remove barriers that get in the way of consumers buying products that are better for the comfort and health of their house, as well as their pocketbooks.”

The good news, building electrification advocates said, is that the products are already arriving.

In New Jersey, the biggest source of emissions in regards to buildings is from space heating. In some other states, it’s water heaters.

Heat pumps, which offer an energy-efficient option when compared to traditional furnaces and air conditioners, are also the target of some new rebates from federal programs. Water heater rebates have also been made available to low- and moderate-income consumers.

“This market for this was already taking off in a place like the Northeast, where the cold-climate heat pump market has reached almost parity with the sales of furnaces,” she said. “Now, with federal money coming and states getting more aggressive in promoting this, I think in the next couple of years we’ll be talking about a market shift like we’ve seen with the electric vehicle market.”

Blumenthal said research it has commissioned involving New Jersey’s housing stock finds that switching to efficient heat pumps would have most of the state’s consumers paying less.

Price is a major source of debate when it comes to building electrification. Gilbert claims that’s due to fossil fuel industry campaigns and lobbying. Those fossil fuel interests want to continue selling their own products, he said.

But, the way these advocates look at it, the costs are a temporary issue. The biggest barrier, they say, is getting everyone who participates in the discussion about what products are available — big box stores, supply distributors and warehouses — on board.

Blumenthal said that also involves ensuring that contractors and installers of household appliances have the equipment and training required. First, she admits, they have to feel that making those investments of time and resources will be worth it for them in the long run. Set-in-stone rebates or regulation changes could make that a possibility, Blumenthal believes.

“Because, who wants to send their installers to a training program for a product they don’t know next year how many people will want?” she said. “When you provide certainty, it accelerates the pace of change.”

Gov. Phil Murphy late last year launched a Clean Buildings Working Group that these advocates expect will create a roadmap in the state for overcoming some of these hurdles.

“In any case, it’s a sign this issue is on the front burner now, getting the attention it deserves,” Gilbert said.