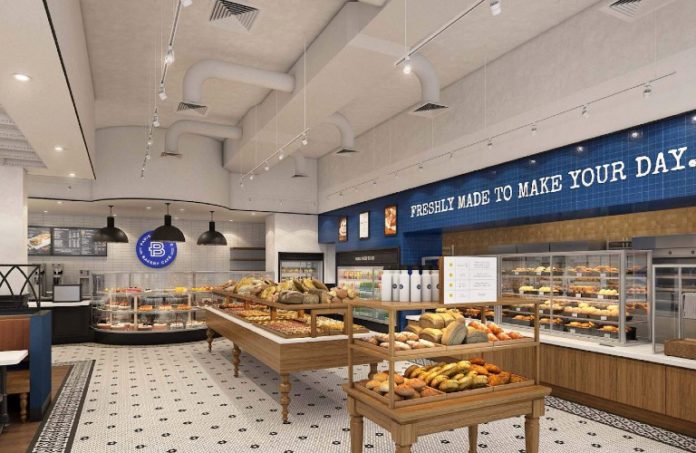 Paris Baguette has seen significant growth in 2022 and is showing strong growth early in 2023. After a strong 2022, with a total of 24 new cafés opened, the brand announced Monday that it is continuing its expansion with the opening of a new bakery café at 128 Broad St. in Red Bank.

“We are thrilled to announce our new opening within New Jersey. There’s a tremendous amount of opportunity in the bakery café space,” Mark Mele, chief development officer, said. “No one else is doing what we are on the same scale, and that’s attracting a lot of attention. It’s a really exciting time for us, as we continue seeing growth through franchise expansion and year-over-year revenue numbers.”

The Red Bank café will bring the total number of locations within New Jersey to seven. The café will be opened by Harsh Patel, a Red Bank resident, and Mele, who is pioneering the additional growth.

“When looking for the right franchise opportunity, Paris Baguette was the ideal fit because of its amazing product line, store design and proven response from communities throughout the United States,” Patel said.

Moving forward, the brand continues to eye the 1,000-unit mark within the U.S. by 2030, and, as it continues to grow, Mele explained that Paris Baguette seeks passionate franchisees interested in serving people in a welcoming neighborhood establishment.

“We want someone who is going to take the time to be present in their store and be caring with the staff so that everyone understands the most important person is the guest,” he added.

“We are on track to enter new markets and open a total of 64 units by the end of 2023,” T.J. Rogers, franchise sales manager, said. “Even throughout the pandemic, we did not shy away from opening additional units and exploring new markets. With great year-over-year revenue increases — a 42% jump from last year — and a persistent interest in the brand from franchisees and consumers alike, we expect nothing but a strong continued growth trajectory for the brand.”