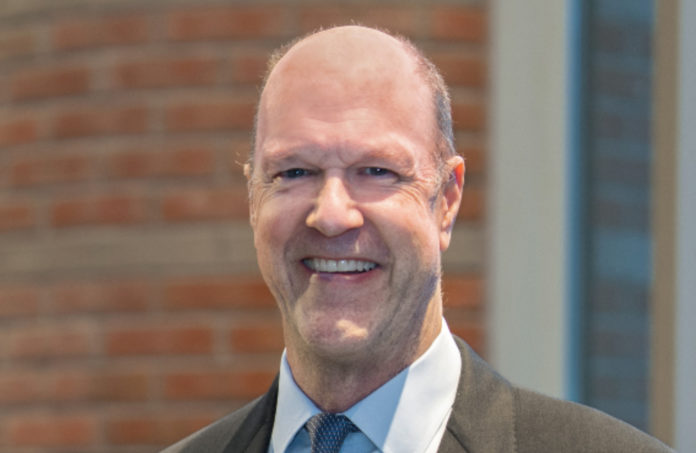 “What it’s done from a transformative standpoint for the city and for the state is amazing,” he said. “It’s become one of the true anchor institutions and materially changed Newark.”

Lowrey said its impact was never greater than during the pandemic, when NJPAC produced approximately 500 virtual events.

“The outreach of NJPAC during the pandemic was inspirational to me,” he said. “How much they did, and how much they were able to accomplish virtually — for students and for people all around the city and in the state — was incredible.”

Its efforts were just one of the reasons that Lowrey eagerly accepted the opportunity to be a co-chair of the NJPAC board, a position he shares with Carmen Villar, a vice president of social business innovation at Merck.

Lowrey is the third Prudential CEO to serve in this capacity (Art Ryan and John Strangfeld also held the post). And for good reason, he said. The Newark-based company, which has been one of NJPAC’s cornerstone supporters since even before it opened in 1997, appreciates the impact NJPAC has, Lowrey said.

“NJPAC is doing so much for the community,” he said. “When we think of the power of the arts, especially for students in schools where so much has been cut back. NJPAC has been able to come in and fill that gap.”

In a variety of ways, Lowrey said.

“Think about arts education and its relationship to mathematics and its relationship to just a well-rounded curriculum in general,” he said. “It’s fundamentally important: It’s music, it’s art, it’s acting, it’s all the things that the NJPAC does in order to give students confidence — in order to give students joy. It’s really quite extraordinary.”

As is its reach, Lowrey said.

“It’s not just the students, but it’s also everyone else who comes in and enjoys all the amazing performances,” he said. “And I would argue the diversity of performances at NJPAC is second to none. So, it brings in constituents from around the state and around the city to participate together in a way that they never otherwise would.”

Lowrey said Prudential’s commitment to NJPAC aligns with its commitment to the city. He said the company has invested more than $1.2 billion in Newark — and that it is proud to partner with other Newark companies and institutions.

“This is our home,” he said. “We love Newark and are completely dedicated to the city. We think we can make a difference, along with these other institutions, when we band together to work with Newark and support Newark.”

This corporate support — along with anchor institutions such as NJPAC — goes a long way, Lowrey said.

“Newark has a storied past and great potential for the future,” he said. “You see more and more companies coming into Newark, more and more people coming here, as the residential and the retail and the arts community begins to build out.

“I think we can thank both Mayor (Ras) Baraka and Gov. (Phil) Murphy for really working on that. It’s extraordinary to see how much progress has been made.

“Obviously, we all took a few steps back during COVID, but I can see the momentum is starting to grow again as we go forward. We couldn’t be more excited about the future.”

The immediate future of NJPAC includes a number of key initiatives, including the Cooperman Family Arts Education and Community Center, one of the centerpieces of the arts community it is creating around NJPAC, and Lionsgate Newark Studies in the South Ward of Newark. Both are hoping to break ground in 2023.

Lowrey said he and Prudential are ready to help in whatever way they can.

“I couldn’t be more excited to be co-chairs with Carmen,” he said. “She is wonderful; and Merck is just a fabulous New Jersey company. To have Merck and Prudential as co-chairs I think is a real testament to NJPAC.

“NJPAC has such an important role within Newark. I think it has exceeded anybody’s wildest dreams about how it could help the city and the state. And I emphasize the state because it is a state institution. It draws from all over New Jersey as well as Newark. But it is a real draw for the state. And it should be one of the state’s pride and joy.”