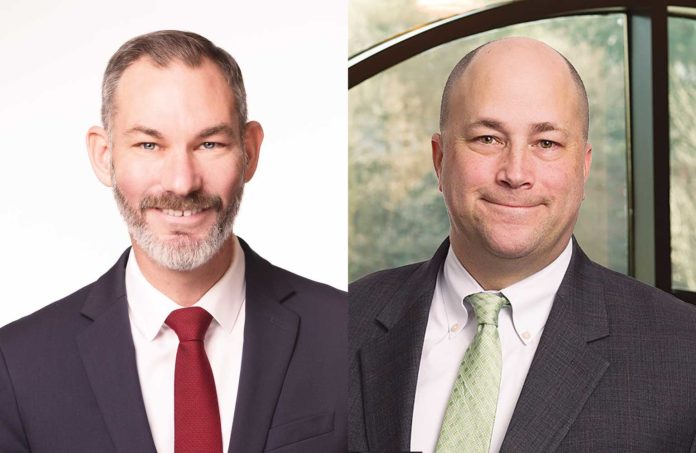 Dan Barnes, the highly regarded employment lawyer at Chiesa Shahinian & Giantomasi in Roseland, sums up the recently proposed rules by the Federal Trade Commission that would ban the use of noncompete clauses in the workplace this way:

“This is huge,” he said. “This is certainly the biggest thing that I can think of that’s happened in this area in a very long time. It’s putting a severe limitation on the power of employers to limit the movement of employees. So, this is a very big deal.

“If it goes through.”

The potential new rules, which were released by the FTC on Jan. 5, would essentially nullify all existing noncompete agreements. The FTC, in its own release on the matter, called noncompete clauses “a widespread and often exploitative practice that suppresses wages, hampers innovation and blocks entrepreneurs from starting new businesses.”

They added: “By stopping this practice, the agency estimates that the new proposed rule could increase wages by nearly $300 billion per year and expand career opportunities for about 30 million Americans.”

It seems cut and dried. It’s not.

While this seemingly gives employees the right to move as they like, it should be noted that the FTC did not eliminate all nonsolicit agreements, which (where valid) could prevent employees from contacting (or soliciting) their former clients.

And this is if the new rule goes through. Many feel the FTC is overstepping its bounds with the ruling, creating a constitutional issue that appears headed to the courts.

John Losinger, an employment lawyer and a member of the firm at Saiber LLC, certainly feels that way.

“If these rules were to go into effect as it sits, I would think some company would immediately challenge it on the grounds that it is an overreach,” he said. “This has a long way to go.”

The FTC currently is in a 60-day public comment period on the proposed rule, called the Notice of Proposed Rulemaking, which is the first step in the FTC’s rulemaking process.

The comment period is open until March 10. At some point after that, the FTC will meet, review the comments and potentially make changes, and then potentially issue a final rule. That rule will not take effect for six months — during which a potential challenge likely would occur.

Whether this FTC ruling eventually goes through remains to be seen. But one thing is clear — and has been for some time — noncompete clauses are becoming harder to enforce and need to be less restrictive in nature.

Here’s how they are evolving.

Workplace covenants in the past have traditionally covered three areas, Barnes said:

Barnes said the way the FTC addressed these issues was interesting.

“They didn’t define noncompete to mean noncompete,” he said. “They made it a more functional definition. So that, if the effect of the restriction is that you can’t work or compete, then it’s barred.

“In other words, a nonsolicit that goes too far would be considered a noncompete and would not be enforceable.”

Essentially, the FTC rules lean toward the employee — meaning any restriction that appears to be too restricting of movement likely would not hold up.

Confused? That’s why there are lawyers like Barnes and Losinger. We asked them the same type of questions you probably would. Here are their thoughts, edited for space and clarity.

ROI-NJ: What happens if the FTC rule goes into effect?

John Losinger: If a company has noncompetes in place, they would have 180 days to notify all those employees that these noncompetes are no longer enforceable. And there’s language in the proposed rule as to what you have to tell them.

Dan Barnes: And employers should, as a best practice, look through at their nonsolicits and their requirements about confidential and proprietary information to make sure they don’t go too far.

ROI: Which roles will those impact those most? We’re guessing the ones with the most one-on-one clients: lawyers, bankers, accountants and salespeople.

DB: Lawyers are separate. Lawyers could not have noncompetes prior to this, because there’s an ethical rule that says a client gets to pick who their lawyer is. If you’re an accountant, and you were subjected to one of these clauses that said you can’t go work for a competing firm, you will be free from that noncompete if this goes through. You can go where you like.

ROI: There is going to be pushback from employers. Give us their argument.

JL: There will be people who have been running businesses with noncompetes in place who have been providing proprietary information to employees with the understanding that they have these agreements. And, if they’re just eliminated, then they’re in a spot where they’ve provided a bunch of proprietary information to an employee who can just leave work for a competitor tomorrow.

You’ll see that pushback, and that will make a lot of sense.

Where I don’t think that the pushback makes quite as much sense is when you have a noncompete that every employee down to the people who work in the lunchroom had to sign. These are overly broad noncompetes that, if they were challenged, would not be enforceable under the current law.

ROI: Let’s talk about nonsolicit agreements: How are those different?

DB: Employees who have customers or clients they’re hoping to take from one place to another need to be very wary, because most employment agreements don’t just say noncompete, they say nonsolicit of customers. You have to read that clause carefully to make sure you don’t violate it. You may have to wait until your nonsolicit period expires.

ROI: But that’s not fair to the customer or client. They may want that person — perhaps it is their longtime banker — and may not care what firm they are working for.

DB: It’s a nonsolicit, meaning the banker can’t solicit the client, but the client can go to the banker. When that sort of thing happens, proving that the customer was the one who followed you is sometimes hard. That will be the issue.

ROI: The issue may be that what’s good for one side, isn’t good for the other. How are you advising your clients?

JL: My initial guidance for the past several years has been, as a general proposition, noncompetes are becoming out of favor, both in the courts and with legislatures. So, you have to adjust accordingly. You can’t just have a broad noncompete that you expect will protect your proprietary information, you have to take other steps to make sure that your trade secrets and your proprietary information is protected.

ROI: Is there an alternative? There is a proposal in the New Jersey Legislature, which would be superseded by the FTC rule if it goes through. What are the differences?

Also, since it would have been passed by the Legislature, you wouldn’t have the same challenges to the authority to make the rule.

ROI: Let’s go back to the top. If an FTC rule that is as wide-ranging as the one under review is enacted, you said it would be a huge moment. How will things be different going forward?

DB: It would change the issue. The issue used to be: is the noncompete too broad in the amount of time, geography or the scope of the work? Now the issue is going to be: Is the nonsolicit too broad so that it is effectively a noncompete?

We don’t know what the parameters are for that yet.

2 for 1: Nomination of Fasciale for N.J. Supreme Court also...