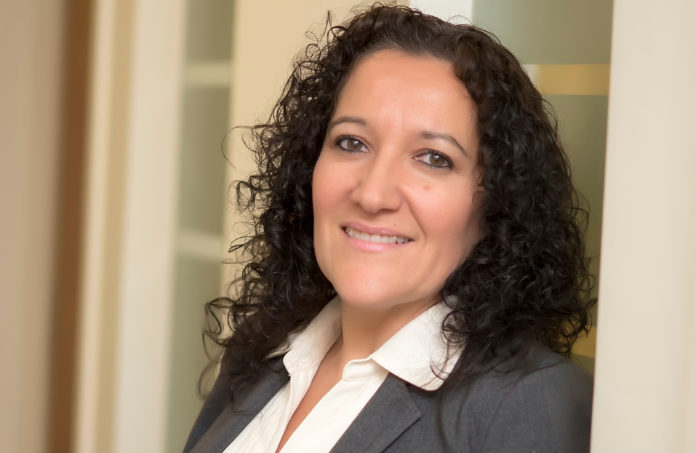 From buttoned-up LinkedIn posts to high-energy TikTok clips to everything in-between, employers are taking a fair-game approach to learning what they can about a job applicant’s social media persona during the employment process.

According to a survey from online recruiting business Zippia, 67% of businesses report using social media sites to research potential job candidates. And that 54% of them have nixed applications based on what they’ve found on social media feeds.

Dora Onyschak, regional director at global staffing firm Robert Half, said that, over recent years, the line is becoming increasingly blurred between personal and professional lives. And social media platforms are giving employers a sampling of both.

From the company perspective, the stated goal is to learn what they can about whether a potential hire has reliably represented themselves on a cover letter or resumé. Although there are reasons to tread carefully about worst-case legal ramifications, there’s no doubt employers see it as giving them a leg up in a competitive market for top talent.

“We certainly work with employers who do use social media in their research,” Onyschak said. “So, if someone is in the market looking for work, assume it’s going to happen and be prepared for it. They should be going through their online presence to make sure it reflects what they want it to.”

It goes both ways, Onyschak said. Individuals can learn a certain amount about a company’s culture and work environment through different social media outlets.

So, both employers and job candidates — especially those job candidates — could benefit from doing internet searches on themselves to see what social media trail they might have left behind.

“And, even if you’ve maybe set social media profiles to private … it’s worth knowing for sure what’s out there to manage your online presence,” Onyschak said.

Companies hunting for red flags search for any sign that an applicant’s values don’t align with what that organization considers theirs to be. On the more positive side, employers could also find evidence of community work or other activities that resonate with them.

“But I do think, however, that employers need to be careful of judging someone too harshly based on social media, and unintentionally missing a good job candidate,” Onyschak said. “And, of course, you really need to be careful about not making decisions based on what could be considered protected information.”

Benjamin Widener, Stark & Stark shareholder and chair of the Lawrenceville firm’s Employment Law Group, said whenever employers are looking at the do’s and don’ts of just about anything involving the employment world, it helps to work backwards from what the ultimate risks are.

First and foremost, he said, the risk here is having to defend an aggrieved applicant’s lawsuit.

“If, for example, an employer finds out an candidate has a child with a disability or a disability themselves they didn’t outwardly disclose, or that two years ago they went through cancer treatment and were posting about that … and if that candidate believes that information was relied on in deciding not to extend a job offer, that’s legitimate grounds for a failure to hire action,” he explained.

Widener adds that failure to hire claims tend to be difficult from a plaintiff’s perspective to prosecute, owing partly to the fact that candidates generally aren’t left with an exact reason they were passed over in favor of other applicants. And, when that reason is called for, Widener said employers fall back on objective resumé measures or more subjective conclusions from the interview process.

There are even some situations in which an employer might elect not to select a job applicant for an opportunity directly based on social media posts, Widener said.

A financial sector job candidate publicly announcing Atlantic City trips deemed too regular? An applicant to a conservative company with a long history of party pictures?

Either could be used to argue the candidate’s conduct doesn’t align with a company’s mission, Widener said.

But, having someone’s post history illuminate political affiliations or other information that falls under protected characteristics — and thus not legal grounds for denying job candidates — might make these reviews more of a regret for employers.

“Everything you post can be used against you down the road, and, in my opinion, it’s perfectly acceptable for a hiring manager or recruiter or anyone on the employer side to look at the social media history of a job candidate and what content they may or may not be posting,” Widener said. “You just have to remember (as an employer) that you can learn things that you can’t unlearn.”

‘As nice as you possibly can’

Rubin, who counsels individuals and businesses on employment compliance and human resources issues at the firm she runs, Rubin Employment Law in Fairfield, said it’s not just one Grinch to blame for that.

“In the past — in what I’ll call the good old days — it used to be that employers were kinder and gentler around the holidays,” she said. “Between the week before Thanksgiving until the end of the calendar year, letting someone go was just not the right thing to do. I have found, more and more in the past five years or so, that employers don’t care about that anymore.”

Rubin concedes that there’s some understandable focus among businesses on bottom lines and, especially as the pandemic plowed through profits in some industries, doing the overhead reduction required to survive.

“But, I do counsel employers on just being as nice as you possibly can,” she said. “There’s certain circumstances where you’re not going to be nice because your employees are not being nice. And, when there’s issues, that’s another story. But if you can afford to put it off, or pay severance, do that.”

The upshot of avoiding ugliness in an at-will employment state such as New Jersey, where an employee can be terminated for just about any reason, is that the business of firing workers can always get uglier.

“There’s no promise a business won’t get sued,” Rubin said. “If an employee can possibly argue that they were fired based on race, disability or being in other protected categories. … And particularly if employers haven’t documented the reasons they might be letting someone go, you could definitely be sued.”

How Comcast is bringing high-speed internet to businesses (and residents) in rural Hopewell Twp.