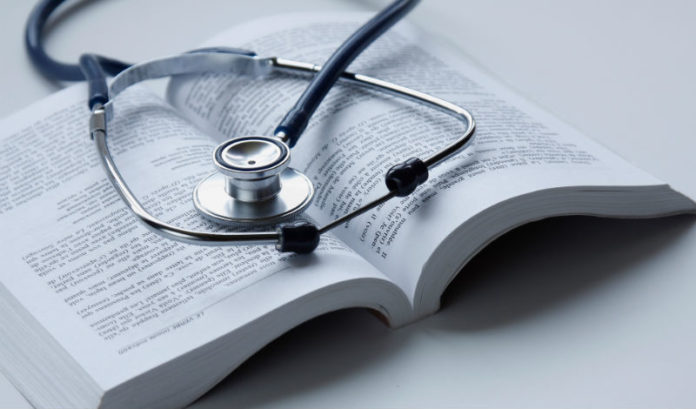 The Hackensack Meridian School of Medicine has been granted provisional accreditation by the Liaison Committee on Medical Education, bringing it nearer to full accreditation.

The only thing needed now is the graduation of its first class, which will take place this summer.  That will come after a “match day” in March, when select students will learn where they will train in the coming year.

“This medical school has been surpassing expectations since Day One,” he said. “Its progressive mission and commitment to excellence has already created a reputation that is getting noticed in New Jersey, and beyond.”

Dr. Bonita Stanton, the school’s founding dean, said the effort to build the school has been fulfilling.

“Building a new medical school is not an easy task, as one might imagine,” she said. “But our unique mission and vision are worth this massive undertaking, and we are gratified that all the hard work is coming to fruition.”

Garrett and Stanton said the school has met or exceeded all of its goals, while becoming the first private medical school in New Jersey in more than 50 years.

The school has grown quickly in the three years since its founding. While the inaugural class in 2018 included 60 students, there were 90 students in the 2019 class and 123 in the 2020 cohort.

The latest incoming class is expected to number 165, who will have been admitted from more than 6,000 candidates.

The school also aims to diversify New Jersey’s next generation of physicians.  Nearly half of the 2020 cohort is female, and students speak 33 different languages. Half of the class identifies as persons of color, and more than a quarter are from groups categorized as underrepresented in medicine.

This immersive, community-based experience links pairs of students to families in the community, with a focus on the domains of the social determinants of health: social, environmental, psychological and medical, she said.

Throughout their stay at the School of Medicine, students in the Human Dimension follow the health trajectories of individuals and families, in locations including Hackensack, Garfield, Paterson, Passaic, Bloomfield, Clifton, Nutley, Union City and West New York. Through experiences in the family’s home, community and health care settings, students come to understand the role of community and context in health and well-being, as well as the role of the physician in maintaining health.

Last July, the school achieved independent operation, after three years of partnership between Hackensack Meridian Health and Seton Hall University. The university continues to lease space in the health network’s Interprofessional Health Sciences campus in Nutley, in which the School of Medicine is housed, for its College of Nursing and School of Health and Medical Sciences.

The LCME voted at its meeting earlier this month to grant provisional accreditation to the school’s medical education program.

Aside from the LCME, the school has received its license from the New Jersey Office of the Secretary of Higher Education; is a candidate for accreditation with the Middle States Commission on Higher Education; and is eligible for, and participates in, the management of Title IV funds through the U.S. Department of Education.

“We are forging a new path — and we believe that it will make all the difference for all the new doctors in the years to come,” said Stanton.